Leicester City have been showered with praise from all around the world after securing their first ever top flight title on Monday night.

Tottenham’s 2-2 draw with Chelsea ensured that the Foxes were crowned Premier League champions, completing what is arguably the greatest sporting upset of all time.

With Claudio Ranieri leading the unlikely contenders to the title, it has naturally led to plaudits from all corners with many congratulating the Italian tactician himself as well as his squad who have made an impossible dream a reality.

While British papers such as The Daily Mirror coined Leicester ‘The Incredibles’, The Guardian went with ‘Leicester City: Kings of England’.

The King theme continued particularly in Italy, where Ranieri was naturally the main topic of discussion having ended his wait for a top flight league title after years as a coach spent in England, Italy, France and Spain.

The Wall Street Journal in the US, Time Magazine and The China Daily all also reported on the incredible achievement and it will likely continue to dominate headlines in the coming weeks as the Foxes prepare to receive the trophy this weekend. 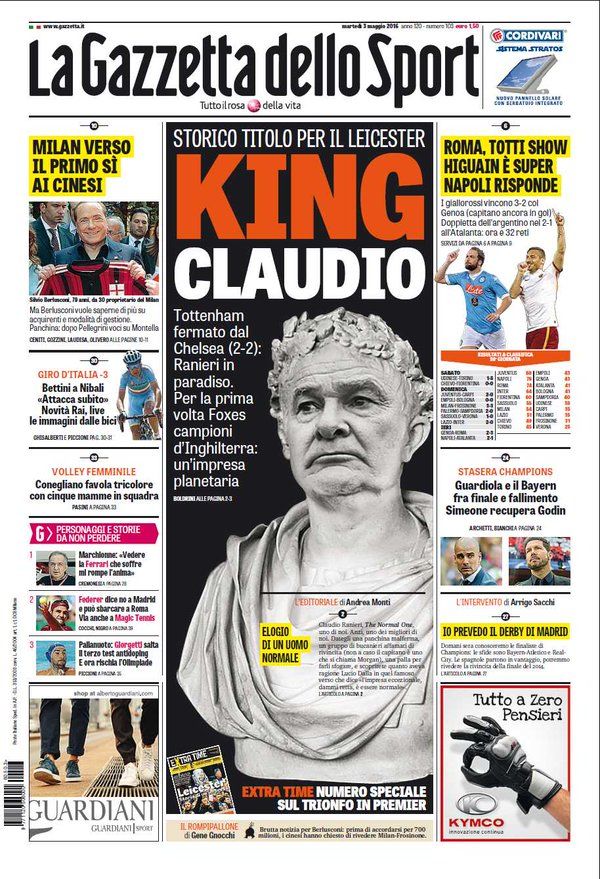 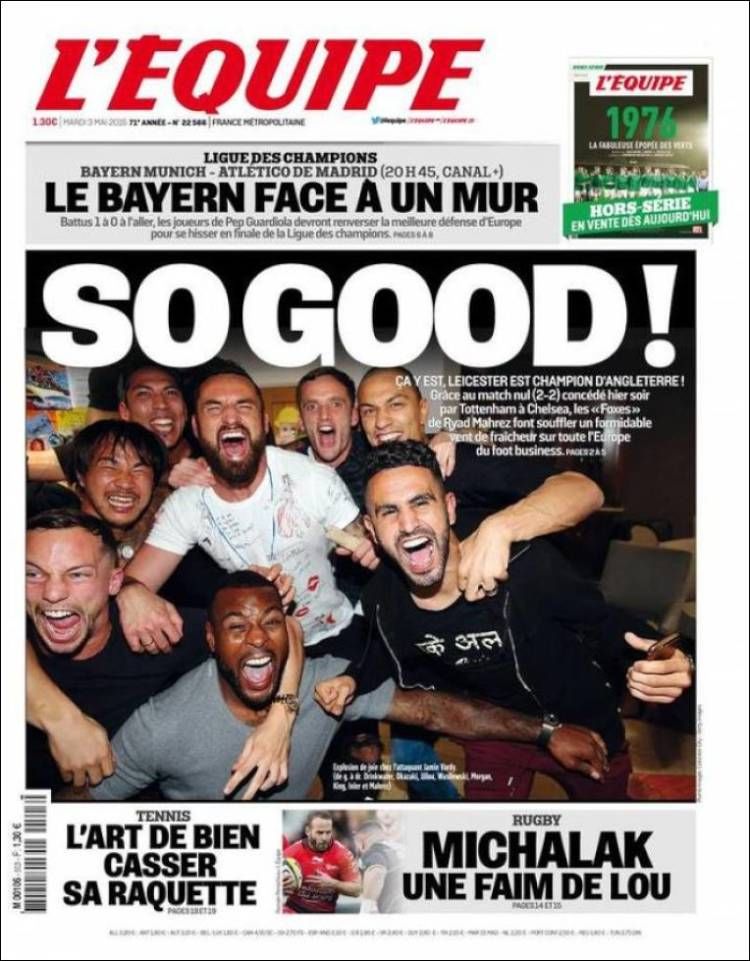 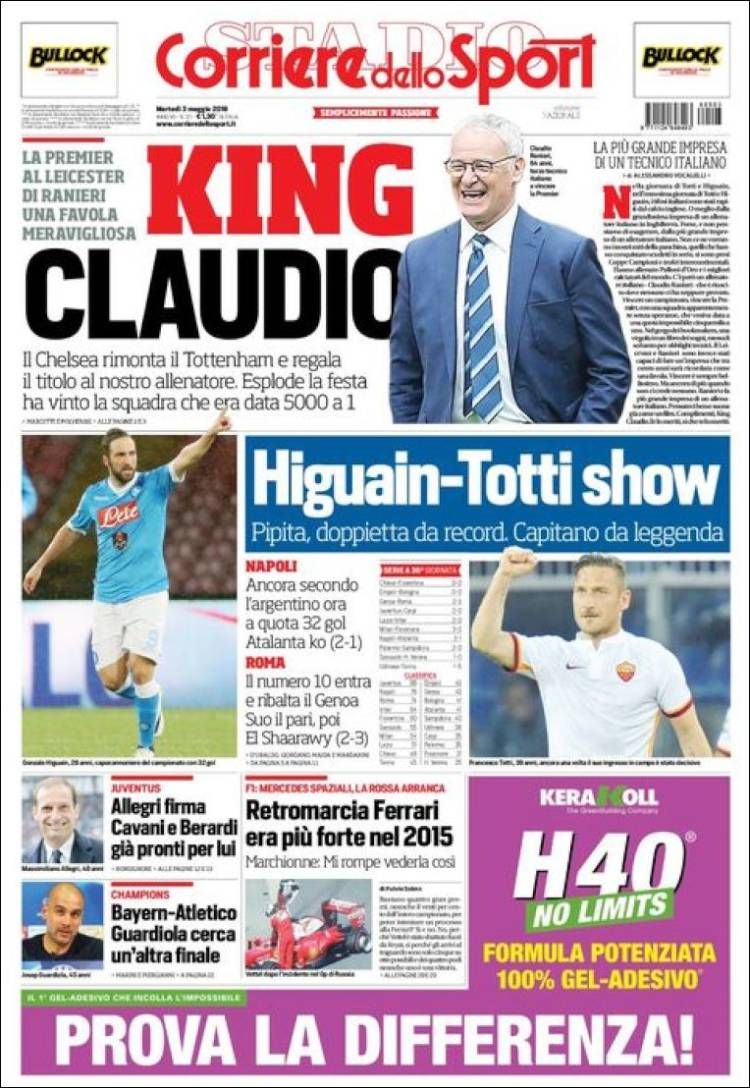 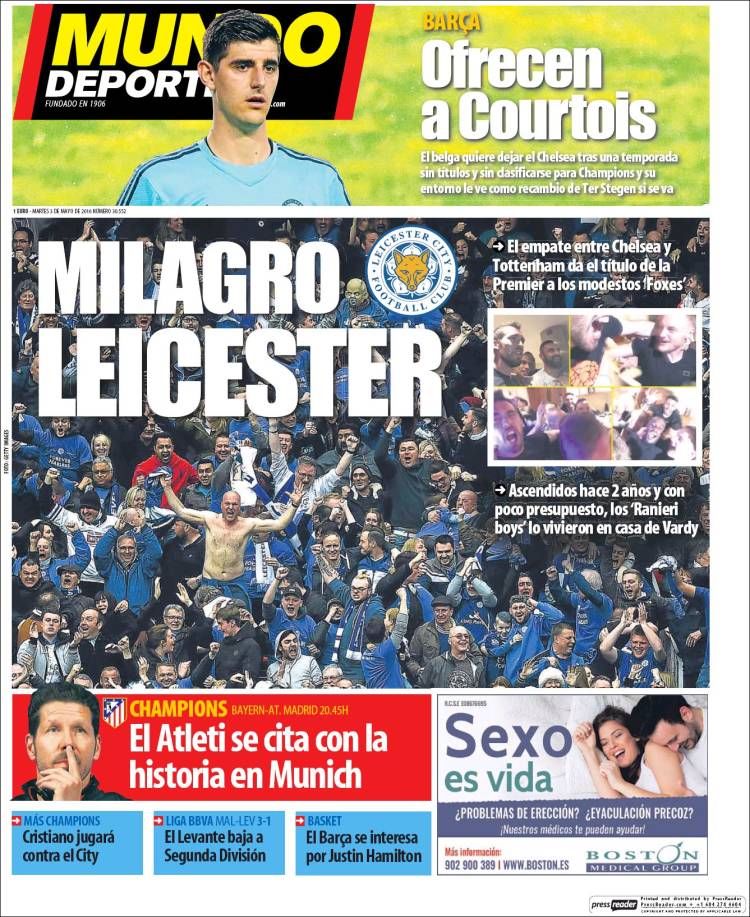