Last week we brought news of the Chelsea 2016-17 home strip being leaked.

And we weren’t too keen on it.

However, now Chelsea have launched it officially – yes it is the same kit – it actually looks a lot better.

Perhaps all it needed was to be modelled by Premier League footballers.

Is the club making a statement about who will be in Antonio Conte’s team next year? 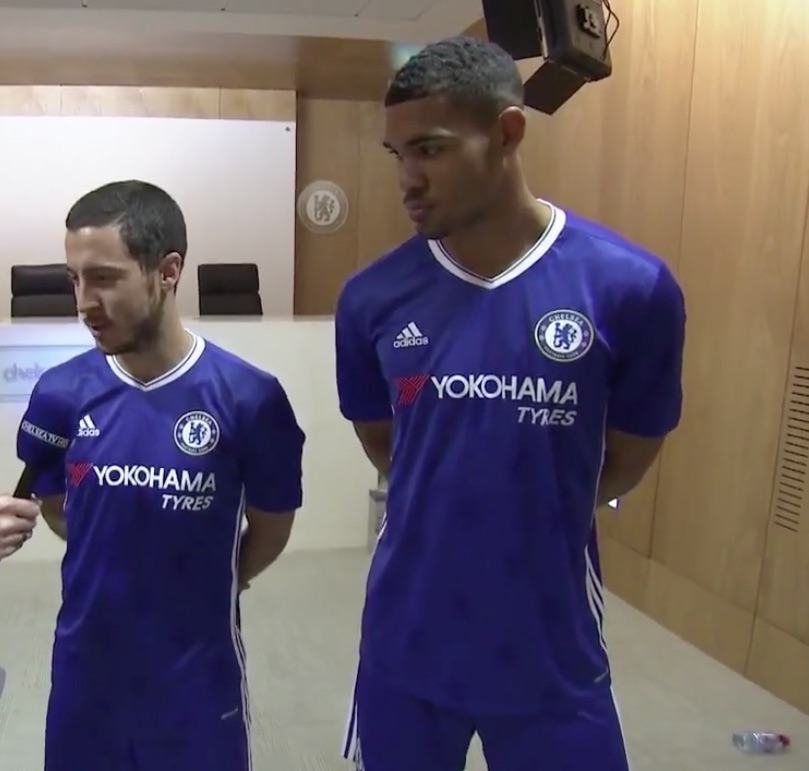 Loftus-Cheek is thought of very highly by Blues fans, who for years have been crying out to see some of the club’s top young players get a chance in the senior side.

Hazard divides opinion, but, after a generally awful season, three goals in his last two Premier League games has reminded the world just how much talent he has.

Transfer talk has followed the Belgian winger around for months, but this seems like a PR stunt to reassure supporters that he is going nowhere this summer.

The new kit will be worn by the entire team on the final day of the season, when Chelsea welcome Premier League champions Leicester City to Stamford Bridge.