One is a Chelsea legend and the other is arguably one of the club’s biggest ever flops.

But Gianfranco Zola and Andriy Shevchenko’s Stamford Bridge statuses mattered little as they came together today to play in golf’s BMW PGA Championship Pro-Am at Wentworth Club in Surrey. 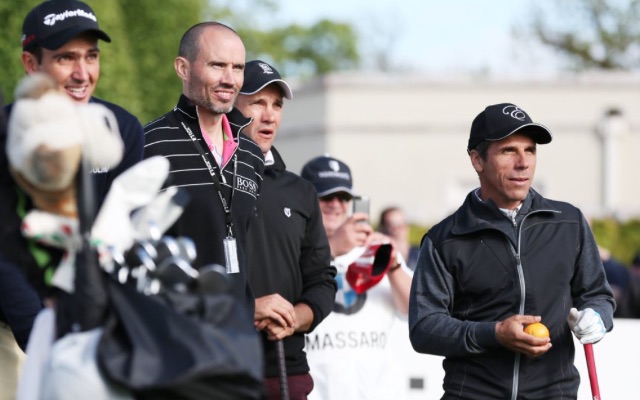 Former AC Milan forward Daniele Massaro and Italian Ryder Cup player Francesco Molinari completed the four-ball at an event which allows keen golfing celebrities to tee off alongside the pros.

Zola scored 67 goals in 274 games while becoming on of Chelsea’s greatest players of all time. Shevchenko only scored 22 times after his £30m move from AC Milan – fee reported by BBC Sport.

But the Italian genius might be outshone on the golf course by Shevchenko, who briefly turned professional on the greens in 2013. Especially if Zola attempts to tee off with that orange!