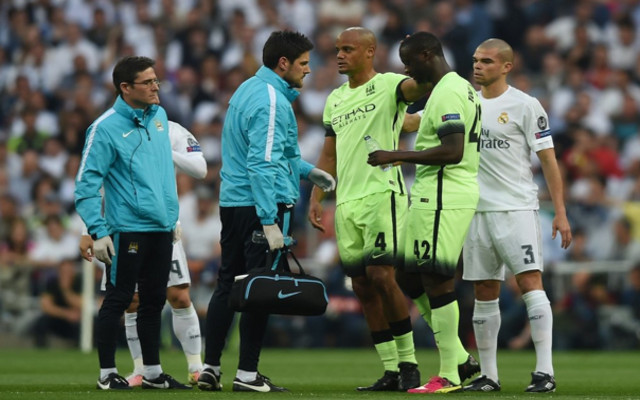 In the second-leg of the Champions League Semi-Finals against ht at the Bernabeu, the Manchester City defender was removed from play after suffering what appeared to be a leg injury only nine minutes into the match.

Today’s appearance for Kompany was only his seventh in the Champions League. He missed three of the team’s Group Stage matches due to leg injuries as well as both of the Citizens’ Quarter-Finals matches against Paris Saint-Germain.

Kompany was also injured in the Round of 16 against Dynamo Kyiv, leaving after seven minutes due to an injury and getting replaced by Mangala there too.

Manchester City are playing in the Champions League Semi-Finals for the first time, but with Real Madrid already out in front, the Citizens will have a lot of work ahead of them.