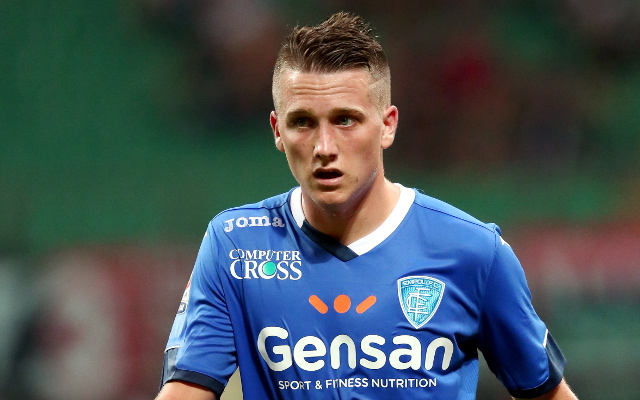 Empoli midfielder Piotr Zielinski has revealed that he would welcome a chance to work with Jurgen Klopp at Liverpool, but will leave his future in the hands of his agents.

The 21-year-old has been a regular presence in the Empoli line-up this season, making 34 appearances in all competitions and contributing four goals and six assists.

As he has grown into an important part of Marco Giampaolo’s plans at the club, it has led to further recognition from around Europe.

Liverpool have been paired with an interest in him, and it appears as though he is a big fan of Klopp who has established a strong reputation as a coach following his work at Anfield and Dortmund previously.

“I don’t know if my playing style would suit the Premier League, and I haven’t thought about my future yet. As I said, it’s my agent who deals with these topics. Regardless of my personal situation, Klopp is one of the best managers around and it would certainly be an honour to work with him,” he told WhoScored.com.

Zielinski has helped Empoli to a mid-table spot in Serie A with two games remaining this season, and at the age of 21, he has plenty of room for development and improvement in the coming years.

Whether or not he fits the bill for Klopp remains to be seen, but the German tactician is expected to be active in the summer transfer market as he continues to stamp his mark on the squad at Anfield.