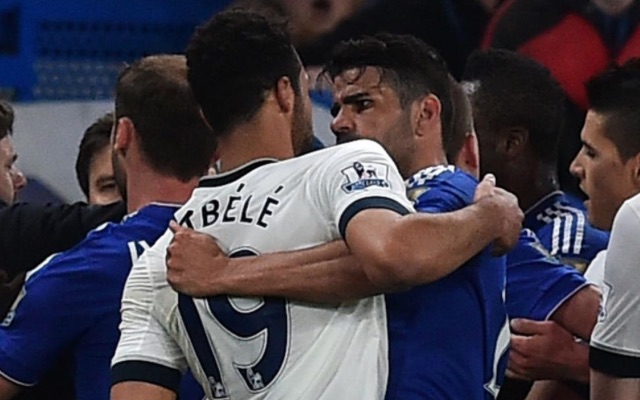 The incident was missed by officials during what has since been dubbed the ‘Battle of the Bridge’, but as expected, the Spurs ace will face retrospective action from the FA.

Having been caught on replays pushing his finger into Costa’s eye, speculation has seen various lengths of bans being touted with suggestions that a 10-game suspension could even be possible given the seriousness of the action.

As noted by Sky Sports, Dembele will accept the charge, while Chelsea and Spurs have been charged for three breaches over failing to control their players.

With the additional point that the FA have already indicated that a three-match ban would be ‘clearly insufficient’ for Dembele, it suggests that the Belgian international could be facing a lengthy ban that will of course stretch into next season.

That will be far from ideal for Mauricio Pochettino who would want all of his players available from the opening day as they look to bounce back from the disappointment of missing out on the Premier League title this year.

As a result, it is claimed that Spurs will contest the ban handed out if it stretches for longer than three games, but it remains to be seen how successful they are as the FA could choose to come down hard following the scenes at Stamford Bridge earlier this week.

The draw resulted in Spurs missing out on the title, with Leicester City set to receive the Premier League trophy at the King Power Stadium after their clash with Everton on Saturday evening.

Arsenal ready to battle Spurs in transfer market for La Liga midfielder, but only if they can offload frustrated superstar Mar 11 2019, 7:16
Tottenham FC

Ropey Tottenham XI that could start PL opener if Harry Kane and other World Cup stars get break they need… would this team beat Newcastle? Jul 14 2018, 7:35
Tottenham FC