Let’s be honest, John Terry has had a pretty blinding career.

He’s also had a few indiscretions, though.

Serious acts of badness involving Wayne Bridge and Anton Ferdinand aside, Terry’s most notable offence probably occurred in 2012 after he *won the Champions League.

Terry did not play in the final that year, because he had been sent off during the first-half of Chelsea’s semi-final second-leg clash with Barcelona.

Despite almost blowing it for his teammates in the semi and then not playing a moment of Chelsea’s win over Bayern in the final, Terry boldly celebrated the Blues’ maiden European triumph in Munich.

To make matters worse, he did so while wearing full kit! 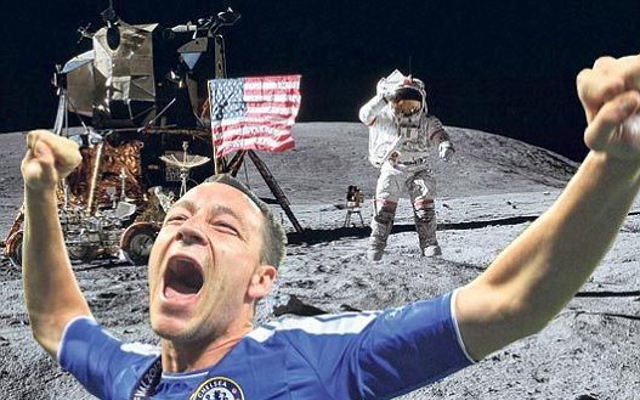 SEE ALSO: Chelsea pricing full-kit wankers out of business as new strip costs twice as much as Barca season-ticket

German centre-back Robert Huth played alongside Terry at Stamford Bridge between 2002 and 2006. And Huth has vowed to imitate his former defensive partner this evening when Leicester City lift the Premier League title.

The Foxes will be presented with the trophy following tonight’s home game against Everton, but Huth won’t feature during the match as he is serving a three-match ban for pulling Marouane Fellaini’s hair last weekend.