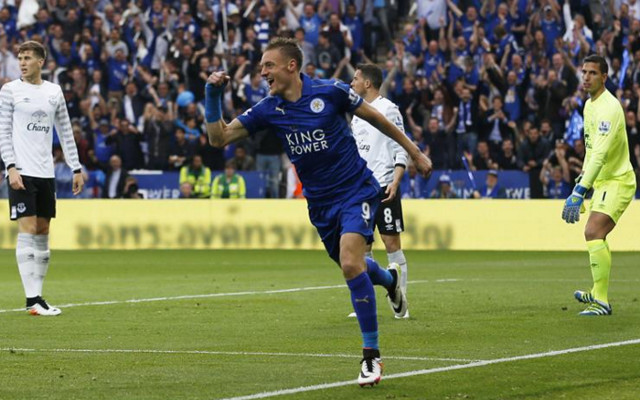 It was arguably the greatest day of celebration in the history of Leicester City. Between Andrea Bocelli’s beautiful song before the start of the game, to the Premier League champions’ banner being unveiled, to sheer domination over Everton at King Power Stadium, it may have been the greatest day in the 132-year history of the club. Naturally, Jamie Vardy played a huge part in it.

Finally back after his two-game ban for bad behaviour in last month’s draw against West Ham United, Vardy picked up right where he left off, scoring a goal in the sixth minute.

Not to be outdone, midfielder Andy King – the first player in history to win a title in the First Division, Championship and Premier League with the same club – added a goal of his own to double the lead before halftime.

But Vardy wasn’t anywhere near done and in the second half he was awarded a penalty kick, which he easily smash in for the 3-0 lead.

Unfortunately, Vardy’s attempt at a hat-trick went wide when his second penalty kick of the day sailed well above the crossbar – much to the delight of Everton goalkeeper Joel Robles.

Everton avoided the shutout with a goal from Kevin Mirallas in the final five minutes to deprive Golden Glove candidate Kasper Schmeichel of a clean sheet.

Nonetheless, the match ended with a dominating Leicester 3-1 victory and afterwards the Foxes were presented with the Premier League trophy. Perhaps the first of more to come if they play this well next year. 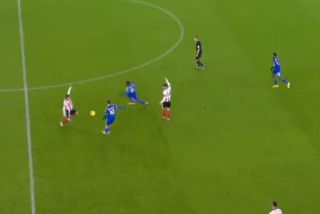