Swansea picked up their second consecutive win and left West Ham’s Champions League’s hopes hanging by a threat as they swept to an easy 3-1 win in London on Saturday afternoon.

First half goals from Wayne Routledge and Andre Ayew followed by a further goal after the break from Ki Sung-Yueng sealed the win.

West Ham made two changes to the side that beat West Brom 3-0 last time out, as Darren Randolph replaced Adrian in goal and Victor Moses came in for Diafra Sakho.

Swansea made six changes from the side which beat a Liverpool “B Team” 3-1 last weekend. Kyle Naughton, Federico Fernandez, and Stephen Kingsley started in defence, Leroy Fer and Ki Sung-Yueng were back in midfield, and Modou Barrow took his place up front.

The opening exchanges saw West Ham dominate. They picked up an impressive three corners in the opening six minutes, but none of them came to anything. Mark Noble also blasted high and wide following a neat Andy Carroll pass, and Dimtri Payet sent two free-kicks narrowly wide.

The first goal, therefore, was very much against the run of play.

It came in the 25th minute courtesy of Wayne Routledge. Antonio was the architect, rampaging down the left and picking out Kyle Naughton, whose clever cross was tapped in by the ex-Spurs man.

It was fair to say that Upton Park was shellshocked.

Although Lanzini and Carroll both had further chances before the break, it was Swansea who looked more likely to score the next goal.

When the half-time whistle blew there were glum faces around the stadium, as West Ham’s Champions League ambitions slowly slipped away.

Ten minutes after the restart, Ki Sung-Yueng effectively ended the contest. Modou Barrow gave Antonio the slip out wide, and his cross was wonderfully swept home by the South Korean.

West Ham finally managed to pull one back through Diafra Sakho. Payet chipped in a cross, Antonio’s header was well-saved by Fabianski, and Sakho was on hand to prod in the rebound.

There was precious little action in the final ten minutes, and Swansea closed out what turned out to be an easy win.

The result leaves West Ham in sixth place, five points behind the top four with just two games remaining. A Man City win tomorrow would end their hopes of a place among Europe’s elite.

Swansea move up to 11th on 46 points. It’s proving to be a fantastic end to the season for Guidolin’s men.

West Ham play Man Utd at home on Tuesday night in a vital game in the race for the top four. They end their season with a trip to Stoke on the final day.

Swansea only have one game left- at home to Man City on the final day. 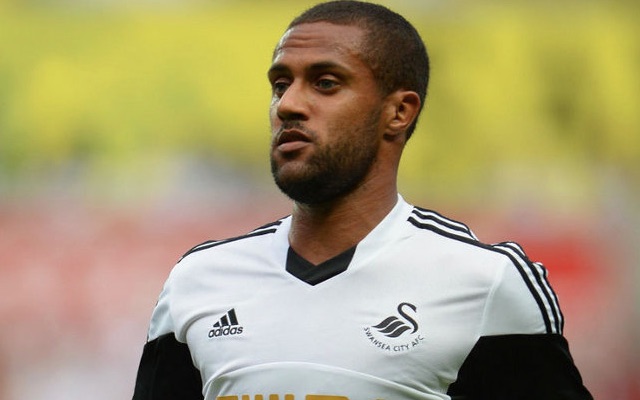