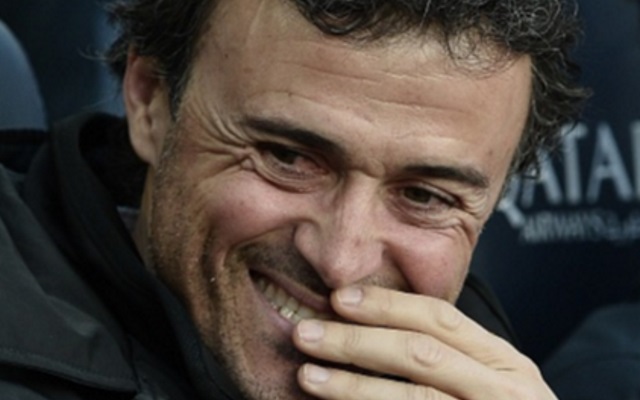 Footage has emerged of Barcelona coach Luis Enrique unable to resist the temptation of laughing at an unfortunate cameraman ahead of his side’s bout with Espanyol on Sunday.

Before the match—as reported by Goal—the Barca manager took the opportunity to share a photo opportunity with his rival manager Constantin Galca, currently in charge of Espanyol, the reigning European champions’ cross-city rivals.

The two men stood on the turf, holding up their respective teams’ shirts, as cameramen shouted directions and instructions to them.

As they proceeded to the dugout, one of the cameramen—named by Goal as Miguel Ruiz—took a tumble on the grass, colliding into one of his colleagues.

While Galca appeared concerned by the man’s misfortunes—and embarrassment—Enrique was unable to suppress the laughter!

As the season draws to a close, the Barca coach is finding himself under increasing pressure, with his side’s significant lead at the top of the table having been cut completely ahead of the final two matches of the season.