The Telegraph have reported that the Three Lions coach will select the Gunners star in his 23-man squad for Euro 2016, even though Wilshere has played a mere six minutes of first-team football for Arsene Wenger’s side this season.

The midfielder was injured at the beginning of the campaign, and while he as been back in training—and representing the Gunners’ U-21 side—for some weeks, he’s only made the briefest of cameos in the Premier League, as Arsenal drew 0-0 with Sunderland in April.

However, such is Hodgson’s faith in the midfielder, that he’s willing to allow the 24-year-old the chance to prove his fitness in England’s pre-tournament friendlies, in the hope that Wilshere will be back to his best in time for the Three Lions’ opening fixture.

The call on Wilshere would represent a major gamble for Hodgson, and unfortunately for Liverpool duo Henderson and Sturridge, could affect their hopes of representing the national side in France.

Henderson looks to be in the most danger.

The former Sunderland man has emerged as a key figure under Hodgson, but he’s yet to return from an injury picked up at the beginning of April and faces a race against time to be fit.

Even if he is able to demonstrate an improvement to the England coach, he will likely not have played a competitive fixture for over two months by the time the tournament begins, and even ignoring the scenario with Wilshere, would represent a gamble.

If Hodgson is already hell bent on taking the Arsenal man—as the Telegraph reports he is—then there’s surely little chance of Henderson going as well.

Taking one of the injury-prone pair represents a bold move by cautious Roy, taking two injury-prone midfielders risks being suicidal. 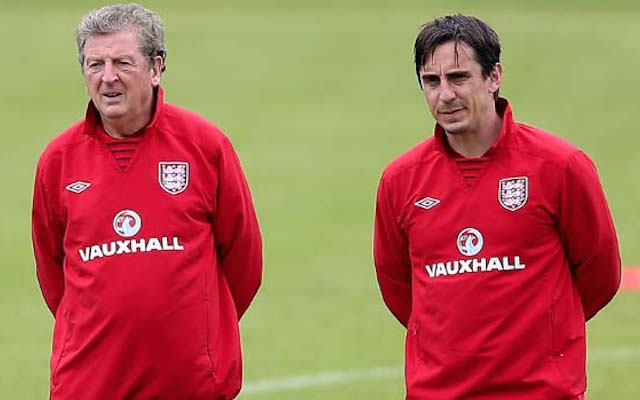 Similarly, while Sturridge plays a different role to Wilshere, his participation this summer may also be jeopardised by the Arsenal man’s inclusion.

The Liverpool forward has struggled with fitness throughout the campaign, having taken his time to return from a long-term injury.

While he’s begun to demonstrate his best form in recent fixtures—not least in the 3-0 victory over Villarreal—he still arguably doesn’t have the full faith of Jurgen Klopp, and was overlooked for the Reds’ Europa League semi-final first leg against the Yellow Submarine.

Klopp clearly still has some concerns about Sturridge’s long-term durability, and they’re not fears that Hodgson should take lightly.

With Andros Townsend returning to form, and with Theo Walcott a fairly established component of the England squad, Hodgson may see Sturridge as a potentially problematic—and possibly superflous—option that he can do without.

Certainly, the addition of Wilshere risks leaving him with little option as far as taking players with fitness issues is concerned.