Dani Alves may have just stumbled upon his second coming after football.

The Barcelona star has a reputation for being a bit of a goofball off the pitch. He loves a bit of fun on Instagram, and his latest picture has given us a great idea for his next career move.

We can’t imagine Alves staying in the game as a manager or a coach after hanging up his boots, but we do reckon that the Brazilian would make for a brilliant clown! Take a look at him here: 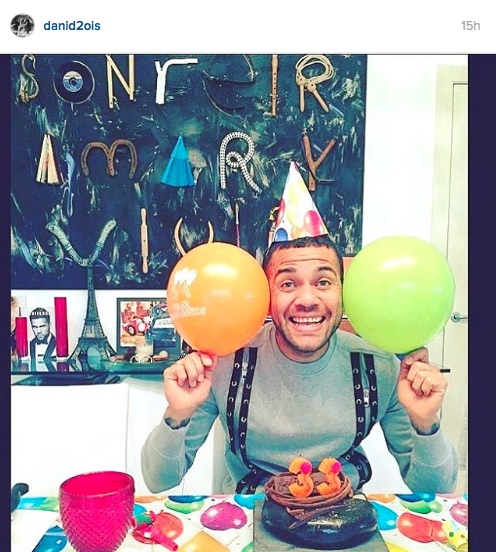 Alves is actually celebrating his own 33rd birthday, but I would hire that guy as an entertainer at my children’s party. Send him on a balloon-animal course and watch the money come in…

The defender will have his serious face on when Barcelona host rivals Espanyol on Saturday, hoping to move a step closer to the La Liga title, as the Madrid clubs await a potential slip up.