There aren’t many members of the current Arsenal squad who have won a top-flight title.

Mathieu Flamini is one of them, and the Frenchman remembered his 2010-11 Serie A triumph with AC Milan on Instagram yesterday. Flamini is next to Massimo Ambrosini as he lifts the Scudetto. 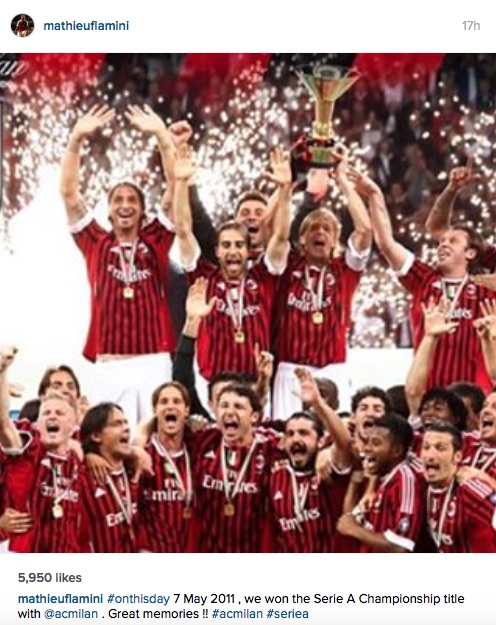 Flamini’s Milan were the the last team other than Juventus to win the Serie A title.

Today’s trip to Manchester City is another top-four showdown at the end of a season in which Arsenal have again fallen short in their quest for Premier League glory. They are now 12 years without a title.