Danny Ings, back in training, with the ball at his feet; this is the sight that Liverpool supporters have been waiting seven months for.

The 23-year-old striker has not played for the Reds under Jurgen Klopp after injuring himself in the German’s first training session.

And that cruciate knee ligament damage has prevented him from playing for Liverpool since scoring in October’s Merseyside derby draw.

But this picture uploaded by Ings to his official Instagram account suggests that the summer signing is nearing his long-awaited return. 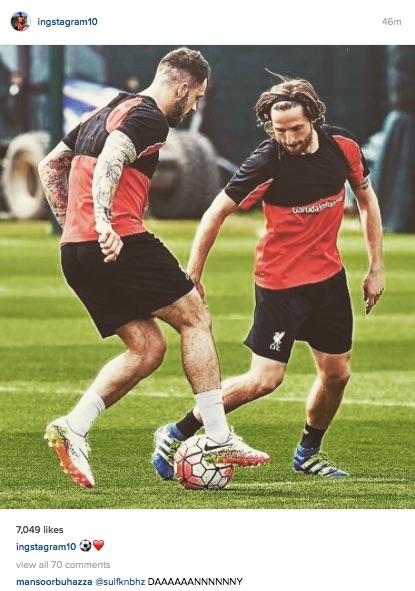 This afternoon’s visit of Watford to Anfield will likely come too soon for Ings, but he will hope to feature again before the end of the season.

As The Guardian reports, a tribunal recently ordered Liverpool to pay a record £8m to Burnley for Ings, after snapping him up as a free agent.