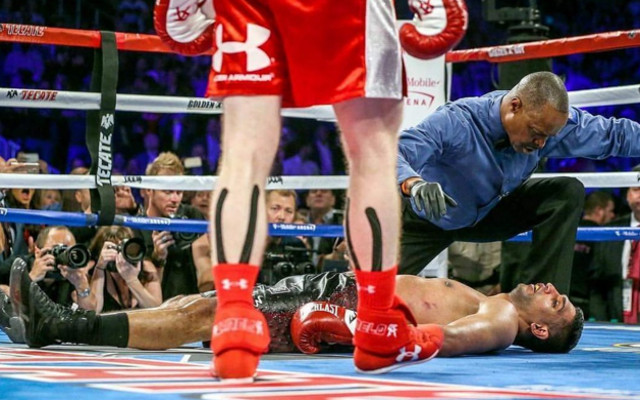 Despite his own underdog status heading into his prize fight against Saul “Canelo” Alvarez (47-1-1), there was no fairy tale ending to Amir Khan‘s story like there was at King Power Stadium on Saturday.

Khan (31-4) made a dramatic move up in weight from 147 to 155 lbs, choosing to take on one of the world’s best fighters in Canelo after going over 11 months since his prior fight against Chris Algieri.

“I’m seen as the underdog in this fight against Canelo but I feel this is the year of the underdog,” Khan said earlier this week.

“What Leicester City achieved is absolutely amazing. You would have been called crazy if you thought that Leicester would win the title at the start of the season – it’s such an inspiring story.

“I’m definitely going to use that to help me. I’m ready to shock the world and beat Canelo. I know I’m ready for this fight and want to get in the ring right now.”

But the only shock of the night would be to Khan’s chin when Canelo’s fist landed on it and the back of his head when it hit the canvas….

Khan actually controlled the match for the majority of the first few rounds, winning at least four of the first five according to the commentators. However, the power-puncher Canelo finally caught Khan right on the chin in the sixth round, dropping the Brit and earning an immediate KO call from referee Kenny Bayless.

Judging by the video replay, Khan may have been unconscious before he hit the ground. 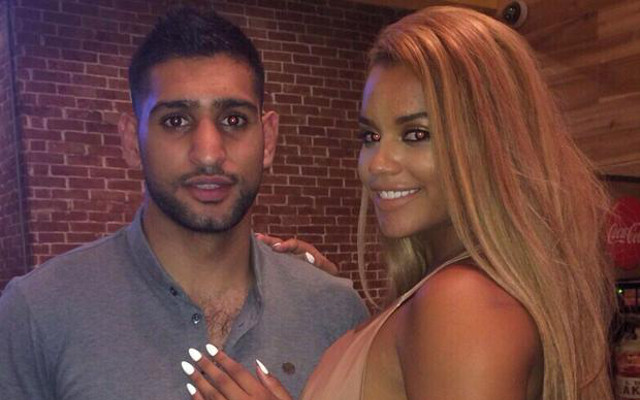