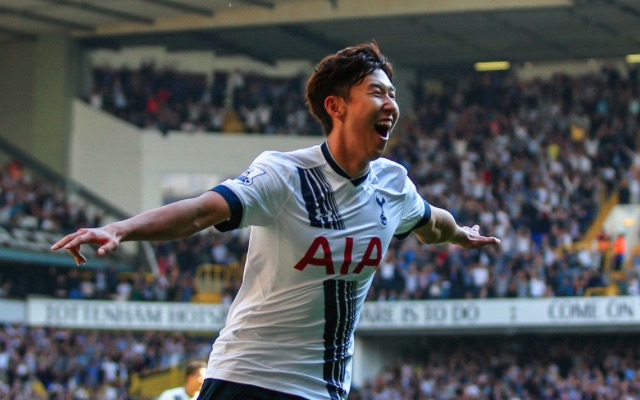 The Premier League title is now beyond them, but Tottenham Hotspur are not feeling sorry for themselves. Instead, they are breaking records.

Mauricio Pochettino’s boys lead his former club Southampton 1-0 at White Hart Lane this afternoon thanks to this cheeky goal from Son Heung-Min.

The South Korean looked at one point as though he was going to walk the ball into the net as he danced around three Saints, before slotting home from a few yards out.

He was given a helping hand by some hapless Southampton defending, but that is a reward for Son’s persistence in chasing what appeared to be a lost cause.

This is the 23-year-old’s second goal in a week after bagging in Monday’s 2-2 draw with Chelsea, when Spurs surrendered the championship to newly-crowned Leicester City.

It is Son’s fourth Premier League goal of the campaign and Tottenham’s 68th in total – a club record – and a reminder that they have nevertheless had a brilliant season.

SEE MORE:
Neither Harry Kane nor Dele Alli won Tottenham supporters’ club player of the season…
Tottenham tipped to do great things under Pochettino if they manage to do these two things
Tottenham to shatter wage ceiling & offer international hitman eye-watering £100k-per-week deal

More bad news for Tottenham as Real Madrid eye transfer of another of their star players in swap deal May 19 2021, 14:23
Tottenham FC

Opinion: Man United should sign one of the most underrated players in Europe who’d give them a mix of Kane and Sancho May 11 2021, 13:20
Tottenham FC