According to reports, Tottenham Hotspur are keen on signing 18-year-old forward Ademola Lookman.

The Express report that Spurs are primed to make an £8 million bid to sign the Nigerian wonderkid from the South Londoners.

The tabloid proceed to note that the teenage frontman is one of the most highly rated players outside the Premier League, although the Addicks face a battle on their hands to keep hold of the youngsters. 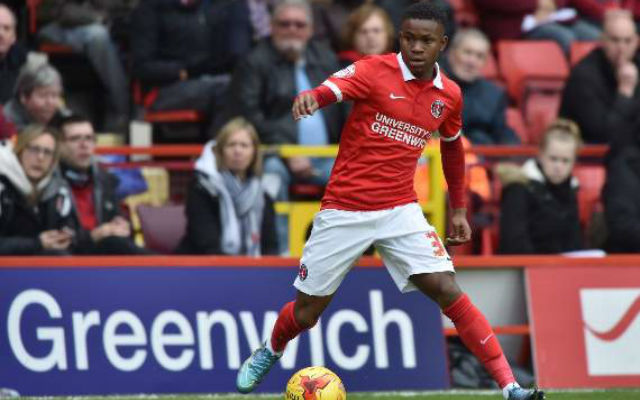 Charlton dropped down to the third tier of English football after being relegated from the Championship this season, and with their reduced revenue, it remains to be seen whether the Londonders—who lost manager Jose Riga at the season’s end—would be able to refuse such a hefty bid from Spurs.

Wandsworth-born Lookman, who is of Nigerian origin, has been a rare ray of light for Charlton this season, having scored five goals and contributed one assist in 24 Championship outings.

Able to play on the left flank as well as as a central striker, Lookman could well be encouraged by the recent progress of a series of young talents at White Hart Lane should Spurs make a formal offer for his services.

The likes of Harry Kane, Eric Dier and Dele Alli have all become stars at a relatively young age in recent seasons, and Lookman may just have the talent to follow in their footsteps.