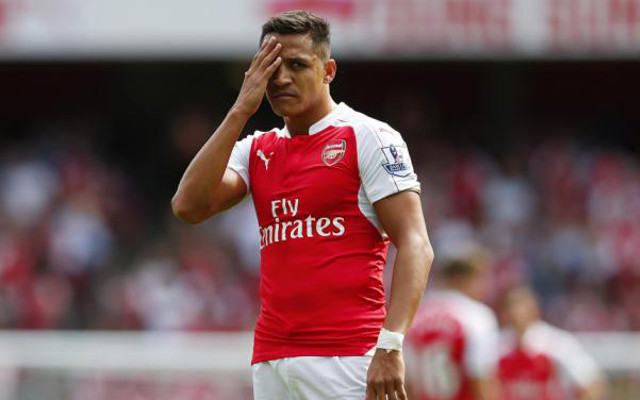 Arsenal are reportedly set to have a battle on their hands to keep Alexis Sanchez this summer, with three European giants looking to sign the Chilean international.

Speculation last week suggested that the former Barcelona star had become frustrated with life at the Emirates, which in turn sparked rumours that he could ask to leave the club this summer.

It’s been a difficult year for the pacy forward, and coupled with Arsenal’s general struggles and lack of silverware, it comes as no surprise that Arsene Wenger could have to answer some difficult questions about  the futures of his players.

According to The Sun, the French tactician’s concern is set to increase significantly with Juventus joining Bayern Munich and Manchester City in being linked with a move for Sanchez.

Both Juve and Bayern are enjoying a period of domestic dominance currently, and the likelihood of competing at home and abroad for the foreseeable future will likely be an appealing proposition for any player let alone Sanchez.

Meanwhile, Pep Guardiola’s arrival at City will ensure that they are an attractive destination this summer, and the Gunners will have to be wary of losing any of their key players in the coming months.

Arsenal face a tough summer in that having now missed out on the Premier League title again, Wenger has to make a statement of intent in the transfer market to give hope and belief to the supporters and his squad.

Sanchez may have fallen short of his own expectations this season, but he remains a crucial player for the club when in top form and will be seen as an important part of their future.