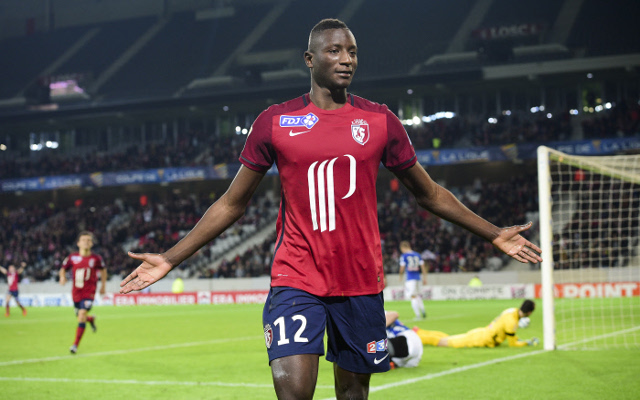 Arsenal could be in the market for a new forward this summer after struggles from Olivier Giroud and Danny Welbeck this past season. As usual, Arsene Wenger is tapping his extensive connections in France to pursue his latest target, but may have actually found quite a gem in Lille forward Sehrou Guirassy.

According to the Metro, Arsenal have begun scouting Guirassy by sending Steve Rowley, one of their top scouts, to France for a match between Auxerre and Le Havre after Wenger was alerted to the 20-year-old forward’s production. Guirassy is currently on loan to Auxerre and has impressed the Ligue 2 side, scoring eight goals in 15 appearances for the club.

Arsenal have apparently not reached Arsene Wenger’s quota for French stars this year even with Giroud, Koscielny, Debuchy, Flamini, Coquelin and Yaya Sanogo on the books.

The French starlet has been capped three times for the French Under-20 team, and scored six goals in 11 caps for the Under-19 team.