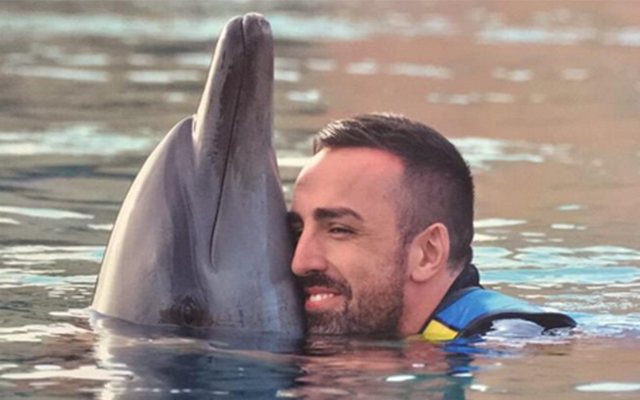 After five years at Liverpool, Jose Enrique was released this week, despite the fact that his contract ran on until the summer.

The Spaniard hadn’t been involved in the first team under Jurgen Klopp for months, and in turn it resulted in the club deciding that it was sadly time for him to leave.

Having played just 21 times in the last three years, the former Newcastle United ace leaves Anfield with many memories, including plenty off the pitch that included roughly around 1.2 million selfies.

1. Assist for Luis Suarez against Newcastle

Let’s start off with a genuinely memorable footballing moment, as the left-back showcased his vision and passing ability to pick out his teammate with a peach of a ball.

The Uruguayan did the rest to bag a stunning goal, but without Enrique’s contribution, he may well never have prised open the Newcastle defence.

2. The Spaniard loves a holiday or two

A quick peruse through his Instagram account shows that Enrique was never one to turn down a sun-soaked holiday, and they usually involved friends and/or girlfriend Amy Jaine.

Check out the video below of him as he’s looking particularly proud of himself after shoving his missus off a boat in a pair of short shorts.

Ah yes, the hoverboard phase. As with many of his fellow professionals and the general public alike, Enrique jumped head first into uberboard fun when it was at its height of popularity.

Mario Balotelli also caught the bug as the pair were pictured enjoying their gadgets at Melwood, but Enrique took his for a test drive and was thrilled about it.

The Spanish left-back is a keen ping pong player, and he has a tradition of making his defeated teammates crawl under the table as a forfeit.

Raheem Sterling knows what it’s all about, while it wasn’t long before Moreno was Enrique’s next victim. It remains to be seen whether or not the former teammates will continue to meet for ping pong battles in the future.

With Enrique and Moreno both vying for a spot in the Europa League clash with Besiktas last year, they decided the best way to prepare was with a Mario Kart session.

The latter has obviously won the ultimate battle by out-lasting his compatriot at Anfield, but they seem to be pretty close and will undoubtedly be returning to Mario, Luigi and Co. very soon.

Thanks for supplying all of the lads with our Uberboards @uber_board A video posted by Joseenriquee3 (@joseenriquee3) on Jul 17, 2015 at 5:12am PDT

Thanks Alberto for this moments. Next time I let you win hahahaha :))