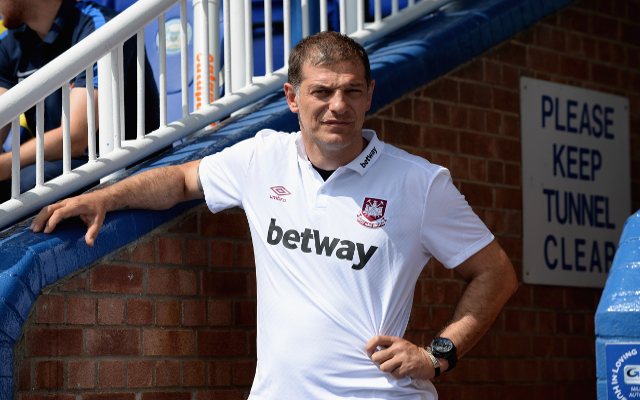 Slaven Bilic has chosen the eve of West Ham United‘s final game at the Boleyn Ground to question how successful they will be at the Olympic Stadium.

The Hammers play their final game at their traditional ground on Tuesday evening when they host Champions League rivals Manchester United.

West Ham will move to the Olympic Stadium at the season’s end, with the East London side—who have traditionally stood in the shadows of their rivals in the capital city—set to begin a whole new era in the club’s storied history.

However, speaking ahead of the Hammers’ final match at Upton Park, Bilic has cast doubt on just how effective the Irons will be in their new home.

“You need to have a hostile atmosphere, be intimidating for away teams. Forget about it – no chance,” Bilic told BBC Sport, looking ahead to next season.

“The Upton Park stadium was a first home. No matter where you move after that – if you move to a fancy apartment, a big house or to a mansion – your favourite one is always the first.

“You are losing something because it is impossible to make the Olympic Stadium a fortress.”

Bilic would love for the club to mark their first season in their new home by bringing Champions League football to East London.

However, the Hammers have left themselves with a lot of work to do after falling to a surprise home defeat at the hands of Swansea City at the weekend.

Heading into the final matches of the season, West Ham sit in seventh on 59 points, having played a game fewer than fourth-placed Manchester City.

They need to beat United and Stoke City on the final day, and hope that Manchester City lost at Swansea City to secure a top four finish.

How West Brom have financially incentivised Big Sam to keep them in the Premier League Dec 17 2020, 8:49
West Bromwich Albion FC

Sam Allardyce agrees to take over at West Brom as Slaven Bilic is given his marching orders Dec 16 2020, 11:36
West Bromwich Albion FC

Bilic on the brink at West Brom with Charlton’s Lee Bowyer being lined up as his replacement Nov 6 2020, 11:54
West Bromwich Albion FC