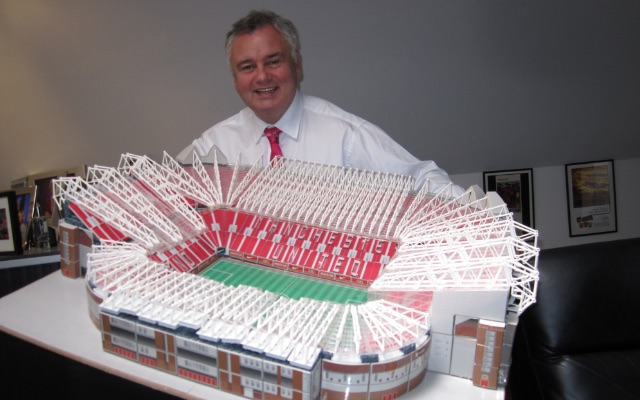 After all, he is your typical celebrity Manchester United supporter and never shuts up about them (when they’re playing well).

But now Kopites have a reason to be seriously justified in their distain for the Irish journalist.

For last night, Holmes made a pretty awful comment live on Sky News.

Discussing the trouble at Upton Park, where West Ham fans were seen attacking the Man United team bus, Holmes said: “This is going back to the 70s and to the 80s, the type of thing you were seeing that was bad about Hillsborough, for instance.”

Even if it were not deliberate, Holmes seems to link Hillsborough to hooliganism, which is stupid – if nothing else.

Because a man who works in news should know that last month it was ruled that the 96 victims at Hillsborough were unlawfully killed, and that the behaviour of the Liverpool fans did not contribute to the deaths.

Holmes took to Twitter to apologise, but he said sorry in a somewhat snaky manner – by blaming the media for their portrayal of his comment.

Just being made aware of someone trying to use me to stir up trouble re The Hillsborough disaster . How low , how disgusting.

Understandably, the rest of Twitter was pretty unhappy with Holmes.

Many users called for him to be sacked.

What a complete & utter idiot Eamonn Holmes is after such vile comments, should be sacked & wouldn’t expect anything else from a man Utd fan

@meaglemp Maria, @EamonnHolmes should be sacked by @SkyNews his ‘apology’ is a joke, hes mocked a 27 year fight for unlawful killing by SYP!

Comparing acts of hooliganism to what happened at Hillsborough, even after the inquest findings, you should be sacked!!!!!!!! @EamonnHolmes

27 years, the truth and yet idiots like @EamonnHolmes are still blinded by the lies. You should be sacked for that comparison. #JFT96

@SkyNews @EamonnHolmes i hope this idiot is dealt with properly and sacked for what he said. Absolute disgrace. Won't watch him again on TV

Eamonn Holmes should be sacked. Stupid git. Needs too fuck off and when he get there he needs to fuck off some more then fuck off from there