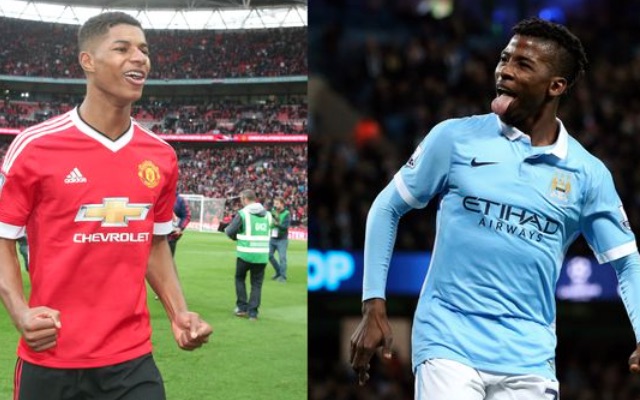 Kelechi Iheanacho has admitted that comparisons with Marcus Rashford motivate him to improve, and envisages a great Manchester rivalry between the pair in the years to come.

Iheanacho and Rashford have been beacons of hope for their respective clubs this season, while Manchester City and Manchester United have both underwhelmed as a collective.

There have naturally been comparisons between the two teenage starlets, which City striker Iheanacho welcomes as he insists that they will push him on to becoming a better player.

“I hope people keep comparing us because if we can keep challenging each other in the coming years, it could be great for Manchester,” he told the Daily Mail.

“If we both keep doing well, improving and scoring lots of goals for the team, it could be interesting.

“I love a challenge, so when people compare me and Rashford it gives me more confidence and motivation. It also makes me work even harder.

“Rashford is a great young talent. He is big and strong and makes good decisions so I think he’s going to be a really good player for United in the coming years.”

Ihenacho has a slightly better scoring record than Rashford this season. He has 13 goals in 34 appearances, although only 10 of those have been as a starter.

However, 18-year-old Rashford is almost 12 months younger than his Nigerian counterpart, and has played in a Red Devils team which is much less expansive that City.

There has been plenty of debate over who is the better prospect. Perhaps it will be years until we know the answer for sure, but this has the makings of a great rivalry!