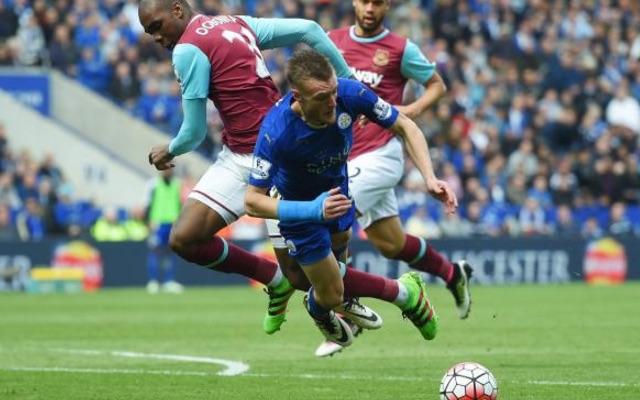 Who is the £25m West Ham striker target?

West Ham United’s very own Del Boy, co-owner David Sullivan, revealed earlier this week that the Hammers are ready to splash the cash.

Sullivan was quoted this week by The Express as saying “‘We’ve put a bid in today for £30m Euros for a player, and other bids will be going in.

“We’re going to make a £20m or £25m bid for a player in England later this week. Whatever happens we intend to bring a top striker in.”

The same newspaper exclusively claimed that the the Hammers are preparing to offer Liverpool £25m for Christian Benteke.

Meanwhile, it has been reported by the London Evening Standard that West Ham are considering a move for Leicester City hitman Jamie Vardy, who was sent off in his last game against the Cockney Boys.

Having fired the Foxes to the Premier League title, Vardy would likely take up West Ham’s entire £25m, but the Hammers could be left with change if they pursue Arsenal speedster Theo Walcott.

That’s because The Guardian are reporting a rumour claiming that £20m could be enough for the East Londoners to take Walcott across the capital.

With decent cash and 60,000 fans behind them, where will West Ham United finish next season? #WHUFC #COYI #COYH