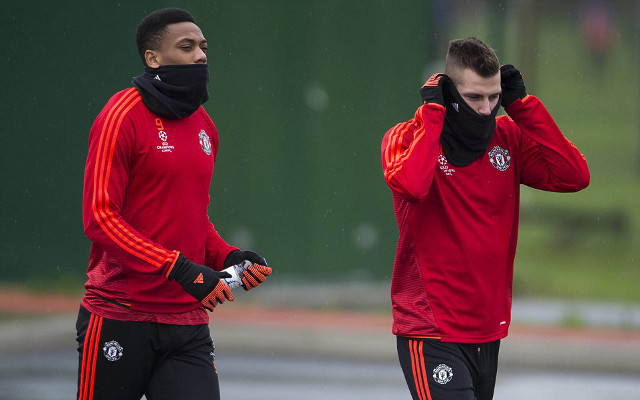 Leicester City‘s N’Golo Kante has been included in Didier Deschamps’ France squad for the European Championships on home soil this summer.

Having been included—and having impressed—for Les Bleus in recent international friendlies, Kante is rewarded for his fine season with the Foxes and takes the sixth spot in the hosts’ midfielder, replacing Morgan Schneiderlin of Manchester United.

The Red Devils spent big to bring the Alsacian midfielder to Old Trafford from Southampton during the summer, and he pays for a troubled campaign under Louis van Gaal and is forced to settle for a spot among the reserves.

Kante joines the likes of Yohan Cabaye, Blaise Matuidi, Lassana Diarra, Paul Pogba and Moussa Sissoko as Deschamps’ six midfielders, with the last of these being included despite being relegated with Newcastle United on Wednesday evening.

Arsenal forward Olivier Giroud is one of six forwards, along with Antoine Griezmann, Kingsley Coman, Andre-Pierre Gignac and Dimitri Payet. Manchester United’s Anthony Martial is also included, although Olympique Lyonnais forward Alexandre Lacazette has been forced to settle for a spot among the reserves, despite scoring 21 goals in 33 starts for OL.