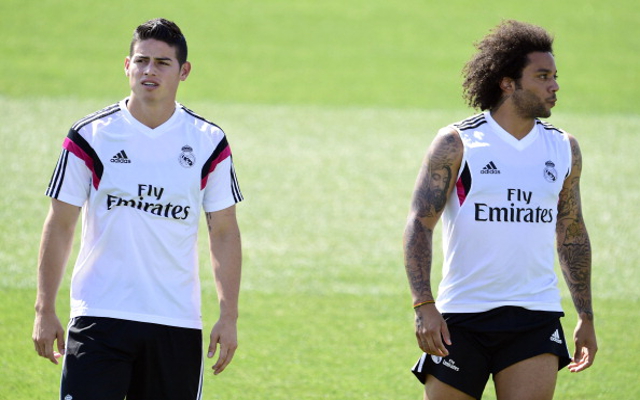 Real Madrid chief Florentino Perez has insisted that James Rodriguez is not for sale, despite his disappointing season in the Spanish capital.

The Colombian playmaker signed for Los Merengues from AS Monaco after shining at the 2014 World Cup in Brazil, and initially impressed at the Bernabeu.

The 24-year-old scored 13 league goals and contributed 13 assists in La Liga last term, but has failed to build on that success this term.

James enjoyed some fine moments under Rafael Benitez—notably scoring twice in a 5-0 victory over Real Betis and contributing three assists in a 10-2 triumph over Rayo Vallecano.

He hasn’t always been trusted by Zinedine Zidane since the legendary Frenchman’s appointment, and despite having a contract at the club until 2020, AS have speculated that his future remains uncertain.

However, as noted by the Spanish source, the Perez is understood to be confident that James can rediscover his previous form, and has informed the Colombian that he is considered ‘non-transferable’.

Seemingly, the president’s proclamation would suggest that James will not be moving on from the Bernabeu any time soon.