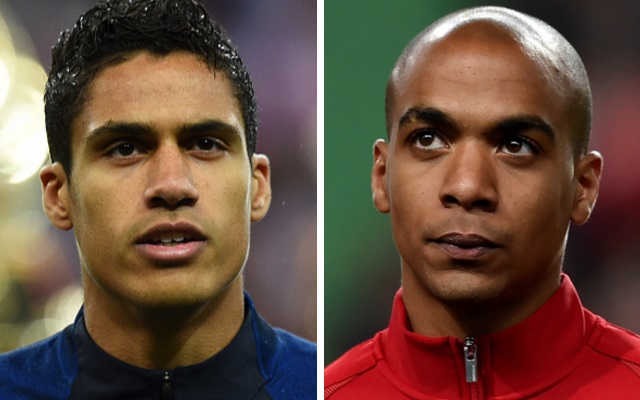 According to the Daily Star, Manchester United are pushing ahead with plans to sign to elite youngsters at the end of the season.

The tabloid report that the Red Devils have opened up discussions with representatives of Real Madrid centre-back Raphael Varane, as well as Sporting Lisbon winger Joao Mario.

Defender Varane, who was named in France’s Euro 2016 squad for this summer’s championships on Thursday, has struggled to impress at the Bernabeu under his compatriot Zinedine Zidane.

However, the 23-year-old remains one of Europe’s finest young defenders, and the tabloid note that United are looking to complete a £30 million deal to bring the former Lens stopper to Old Trafford.

The ambitious Red Devils aren’t simply keen to reinforce their defence, with the Star adding that international wideman Joao Mario of Sporting Lisbon is also being considered.

The club’s hierarchy are understood to have made contact with the player’s representatives and plans are moving forward which would see the Portugal winger move to Old Trafford for an eye-watering fee of £45 million.