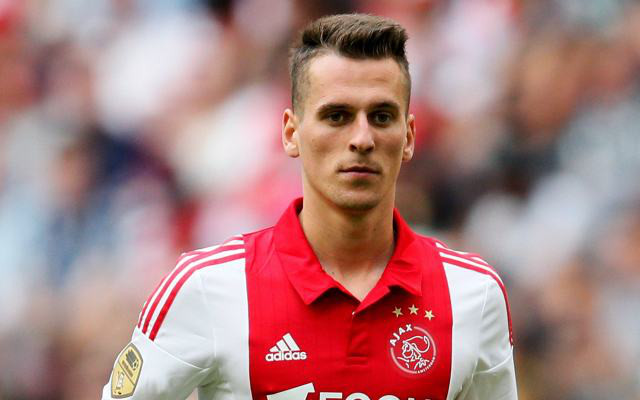 Ajax striker Arkadiusz Milik has admitted that he would be willing to consider a move away from the Eredivisie this season.

The Poland international—who will represent the national side at the European Championships in France this summer—has attracted considerable attention after scoring an impressive 22 goals for the Dutch giants in the Netherlands top flight this season.

His form has alerted Serie A heavyweights Inter Milan, as well as Premier League pair Liverpool and Arsenal, although as yet, he is yet to agree to a move away from the Eredivisie.

Speaking to Dutch side voetbalzone.nl, the attacker has admitted that while he is considering a move away from Ajax—talking up a move to Sevilla in the process—he has confirmed that he won’t be thinking about a departure from Amsterdam before the Euros.

“Sevilla are a great club and La Liga is a great competition,” he began, as per AS. “I’ve told my agent I want to focus on the European Championships and I won’t be talking about offers until the end of the tournament.”

Should Milik leave Ajax, it would appear as though his preference is for Spain and the Rojiblancos—Liverpool’s Europa League opponents—rather than the Reds themselves.

However, could the prospect of a Champions League campaign with the Merseysiders—should they see off three-time UEL winners Sevilla in the final—tempt the Polish frontman to reconsider a possible switch to England.