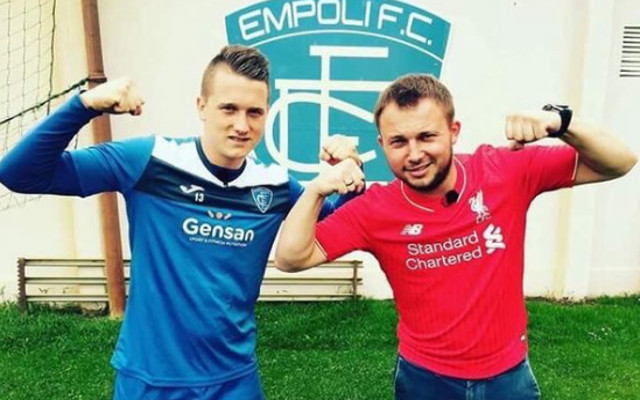 If Liverpool are in the market for a decent midfielder this summer, then there’s at least one player they probably won’t have to fight for to land. Udinese star Piotr Zielinski seems interested in jumping to the front of the transfer line to secure a move to Anfield as he may have indicated in a recent photo on Twitter.

In the photo  in question, the 21-year-old Polish star is seen posing with a fan wearing a Liverpool shirt. Such an act might seem benign if not for the fact that Zielinski has recently praised Reds manager Jurgen Klopp and said it would be ‘an honour to work with him.’

Wonder where Zielinski wants to play next season… ???? pic.twitter.com/u2gczRWzXy

“Klopp is one of the best managers around and it would certainly be an honour to work with him,” Zielinski recently said, per the Daily Star. “I don’t know if my playing style would suit the Premier League, and I haven’t thought about my future yet. As I said, it’s my agent who deals with these topics.

“Let’s finish off the league, I will do my best at the European Championships and then we will see.”

Zielinski has enjoyed one of his better seasons while on loan to Empoli this season, scoring four goals and notching six assists in 35 total appearances for the Serie A outfit. He has been capped 13 times for Poland and has three goals.