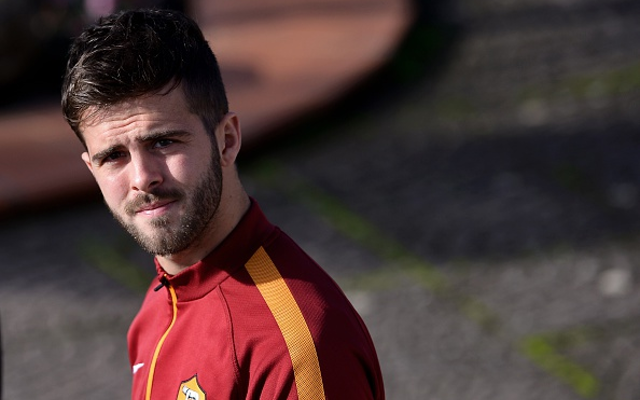 Juventus boss Massimiliano Allegri has reportedly talked to Roma playmaker Miralem Pjanic about a move to Turin this summer.

The Bosnian international has a €38m release clause in his contract, and despite speculation suggesting otherwise, Roma were forced to release a statement on Saturday dismissing talk that Juve had activated the clause.

However, that hasn’t been enough to entirely dismiss rumours linking Pjanic with a move to Juve, as La Gazzetta dello Sport have reported that Allegri has spoken to the 26-year-old personally to assure him that he will be an integral part of his plans next season.

While the Bianconeri have informed Pjanic’s representatives that they intend on paying the €38m fee, the player’s agent is expected to be in Italy next week in order to resolve his future.

It would be a questionable move given the rivalry between the two clubs, while Roma have made significant progress under Luciano Spalletti since January to suggest that they can emerge as a genuine rival to Juve next season.

In turn, it remains to be seen whether or not Pjanic would consider the switch, although it is a blow to Chelsea who are seemingly falling behind in the race for his signature this summer.

With Antonio Conte arriving at Stamford Bridge after Euro 2016, it has already been suggested that the Italian tactician wants the former Lyon star to form a part of his rebuild, as noted by Sky Sports.

If true, then Chelsea will need to ramp up their interest sooner rather than later as Juve appear set to swoop in before them as they are in an envious position of already being able to start making their plans for next year.

In contrast, Conte’s more immediate focus will be on the European Championship and the Azzurri, as he looks to sign off in style before returning to club management.