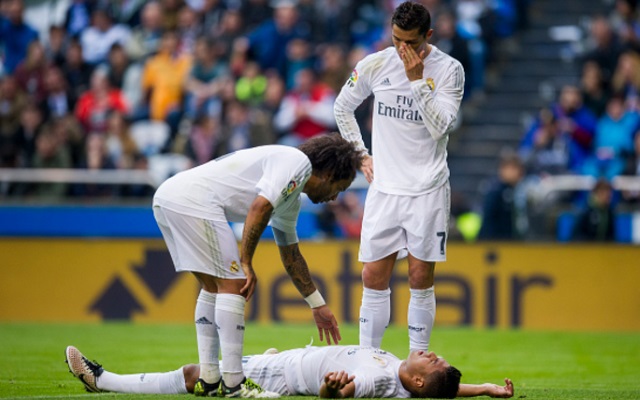 Zinedine Zidane has issued an injury update on Cristiano Ronaldo after the Real Madrid forward picked up a knock on Saturday.

Los Merengues headed into their fixture against Deportivo La Coruna knowing that they needed to pick up all three points to give themselves the best possible chance of winning La Liga on the final weekend.

While they managed a 2-0 victory—thanks to a Cristiano Ronaldo double—they ultimately fell short in the title race as Barcelona ran out 3-0 victors at Deportivo La Coruna.

While Zidane will be delighted with his team’s performance, their victory came at a cost, with Ronaldo withdrawn at half time in some discomfort.

Speaking to the media after the match—as per L’Equipe—Zizou has admitted that CR7 picked up a foot injury during the bout, but didn’t seem too concerned by his forward’s fitness.

“It’s only a strong kick received to a foot,” Zidane told reporters.

Unless Ronaldo has picked up something more serious, he ought to be able to recover in time to represent Los Blancos in the Champions League final against Atletico Madrid on May 28.