Roy Hodgson decided to use the final day of the Premier League season to cast his eye over Arsenal midfielder Jack Wilshere, an intriguing decision ahead of the England squad announcement on Monday.

According to the Telegraph, the Three Lions manager decided to take in Arsenal’s final match of the season—at home against bottom club Aston Villa—specifically because he’d been informed that Wilshere would start the match.

The outing was Wilshere’s first start for almost a year, and the fact he is even still in the manager’s plans despite his injury-plagued campaign demonstrates just how highly Hodgson thinks of him. 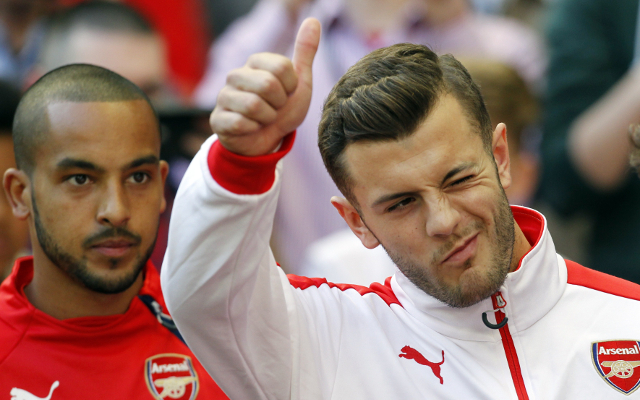 However, while the Telegraph interpret Hodgson’s decision as an indication that Wilshere’s spot in the Three Lions selection is all but guaranteed, does the manager’s choice suggest that perhaps he wants to see for himself just whether Wilshere is fit and sharp enough to make the cut.

The 24-year-old midfielder has featured for just 141 minutes in the league this season, and it remains to be seen what impact he can have for the national side in France this summer.