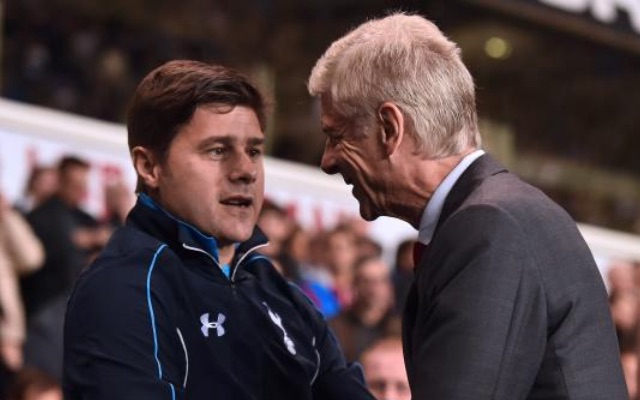 You would have thought that Arsene Wenger would be happy with his side’s performance after Arsenal pipped Tottenham Hotspur to second place in the Premier League.

However, the French coach still appears to be making excuses after the Gunners fell short of a title challenge.

While Spurs appeared to be genuine title contenders until they slipped up at home against West Bromwich Albion before being held to a 2-2 draw against Chelsea at Stamford Bridge, it is Arsenal who once again finish the higher of the North London duo this season.

The Gunners overtook their fierce rivals on final day with a 4-0 victory against already relegated Aston Villa, while Spurs fell to a shock 5-1 defeat at second-bottom Newcastle United.

In reflecting on the Gunners’ campaign, Wenger has suggested that Arsenal deserve credit considering their relative lack of resources.

“It is significant because we are in a period where we have not had the resources in recent years to compete with the big teams,” the experienced coach told the official Arsenal website, “since we have had that, we have finished third last year and second this season.

“I think it is not a disastrous season, but it sets the target for what we want to achieve and we have to add something to get first place.”

In another season, it might be possible to buy Wenger’s excuses—particularly had the North London heavyweights ended the year below the likes of Chelsea or Manchester City.

However, Wenger’s latest excuses come across as somewhat hollow considering that the one side who finished above the Gunners—Leicester City—won the title with a squad assembled for considerable less than Arsenal’s squad.

Indeed, while the north Londoners deserve credit for finishing above the likes of Chelsea and the two Manchester clubs, they only have themselves to blame for failing to end their title drought in light of their rivals’ failings.