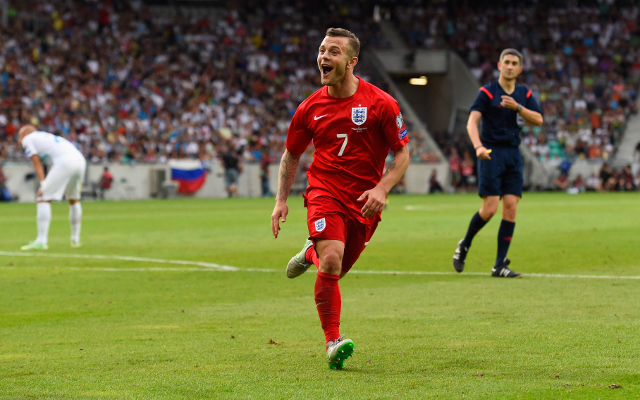 Roy Hodgson announced his provisional 26-man England squad on Monday morning ahead of Euro 2016 in France this summer.

The England boss has until May 31 to cut three players and confirm his final squad for this summer’s tournament, and at first glance it is relatively clear who is at risk.

Marcus Rashford has been included after making a stunning impression at Manchester United this season, and the youngster will certainly benefit from being included and working with the squad in the coming weeks ahead of upcoming friendlies against Turkey, Australia and Portugal.

However, it is unlikely that he will get the nod to travel to France, while Fabian Delph and Andros Townsend are likely to also miss the final cut.

The former is a surprise inclusion given his lack of playing time at Manchester City this season, while Townsend’s recent form with Newcastle United has certainly brought him back into contention.

Nevertheless, with the goalkeepers, defenders and forwards seemingly set, Hodgson will have to look at his midfield options in order to narrow his squad down to the allotted number.

Jack Wilshere has also been included despite his late return to fitness with Arsenal this season, but as many expected, Hodgson has given him as much time as possible to prove himself ready for the European Championship.

Whether it turns out to be an unsuccessful gamble given that Wilshere has only featured three times this season remains to be seen, as England can ill-afford any injury setbacks during the course of the tournament to disrupt any momentum that they build early on.

Elsewhere, the name that perhaps came up most on social media in the immediate aftermath of the announcement, was the absence of Mark Noble.

The West Ham United captain has certainly done enough this season to earn a call-up, and so that snub with the likes of Delph and injury concern Jordan Henderson has caused some debate.

Through a mixture of loyalty and a vision for the future, Hodgson has made his decisions. Now it will be down to him to ensure that England make progress this summer with the right players in place to allow them to make an impression in France.