The 68-year-old will have until May 31 to announce his final squad, and so he will likely take the opportunity to assess his group in the coming weeks with the domestic season still yet to conclude.

Naturally, there was disappointment for certain individuals missing out, with Arsenal star Theo Walcott among the first to take to Twitter to reveal that he had spoken to Hodgson and wished the England squad the best of luck this summer.

While three players will drop out before May 31, Jack Wilshere was delighted to be included as he continues his comeback from injury, while Andros Townsend’s form with Newcastle United in recent weeks earns him a call up.

Manchester United youngster Marcus Rashford has also earned a call, but it remains unlikely that the teenager will travel to France, while fresh from his Premier League title triumph this season, Danny Drinkwater was naturally delighted to be included too.

I am of course disappointed not to make the squad, but I have spoken with Roy and respect his decision

Honour to be selected for the 26-man @England squad! Looking forward to meeting up with the lads. pic.twitter.com/ST7Vr5VYyW — Danny Drinkwater (@DannyDrinkwater) May 16, 2016

Absolutely buzzing! I can’t wait to meet up with the squad and start preparing for the euros. Thanks for all the messages. #England

Huge honour to be named in provisional @England squad for the euros…. Will give my all over next few weeks to try and make final squad!

All in all pretty happy with that England squad! Apart from one, how has Delph has made it ahead of Noble!? Quite a few I would have instead

Wilshire in the England squad, that doesn’t make sense to me at all. Barely played all season. Injury prone. Someone on standby for him?

Remarkable that Wilshere makes the England squad on a handful of minutes on the pitch, while the superb Noble misses out. 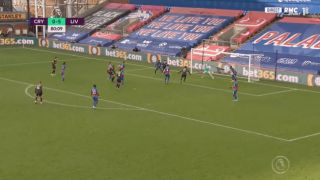