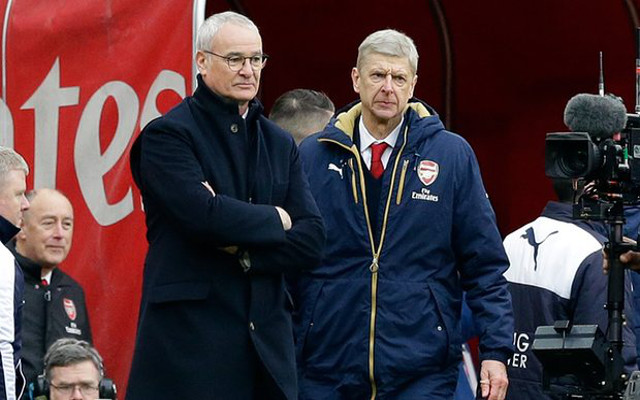 As the only manager in English football to have beaten Leicester City twice this season, Arsenal manager Arsene Wenger may be the only person truly qualified to rain on the Foxes’ parade and bring them back down to Earth.

Following Leicester City’s victory parade on Monday, the Arsenal boss expressed confidence that the newly-crowned Premier League champions will struggle in the 2016-17 campaign.

“Leicester will struggle,” Wenger told the Daily Mirror. “Their game is not based on possession and that demands huge physical resources…”

Wenger explained that the possibility of facing a Champions League powerhouse like Barcelona mid-week before a return to England that same weekend would prove challenging for players that have never done it before – which would include the overwhelming majority of Leicester City’s players.

“If you play at Barcelona on Wednesday night, you have to fight for every single ball and again on the Saturday in the Premier League then of course it will be difficult…”

The Arsenal boss concluded that the rigors of the Champions League would make all of Leicester City’s other football matches more difficult to play – especially given that Leicester are devoted to aggressive counter-attacking rather than focusing on possession – but stopped short of guaranteeing the team would fail to reach their ambitions for the Premier League in the 2016-17 season.

“I cannot predict what the future of Leicester is, but the only thing I can say is it’s much more difficult once you play in competitions like the Champions League.”

Leicester City manager Claudio Ranieri has significant Champions League experience though, having led Valencia, Chelsea, Juventus and Inter Milan in the competition during his respective tenures with those clubs. But the Foxes have never appeared in the Champions League.