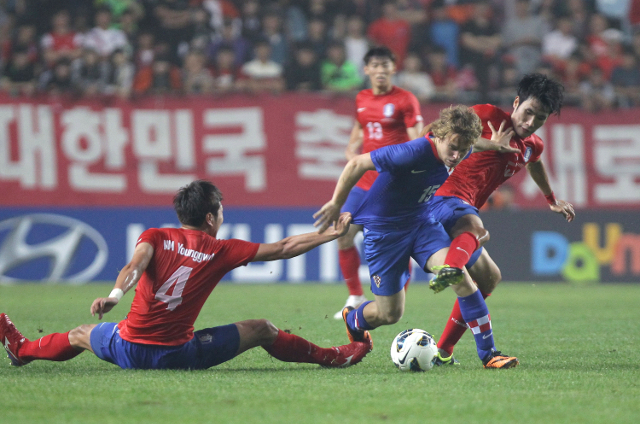 One or two eyebrows were raised on Monday, as Croatia opted to omit Dejan Lovren from their squad for the European Championships.

Lovren was the subject of an eye-watering £20 million move from Southampton to Liverpool in the summer of 2014 [fee as per BBC Sport], and while he didn’t initially impress at Anfield, he has come on leaps and bounds over the last season on Merseyside.

Indeed, the 26-year-old has been a key figure for the Reds this season, featuring nine times—and impressing—on their run to the Europa League final, while also making 24 outings under both Brendan Rodgers and Jurgen Klopp in the Premier League.

However, all of this hasn’t been enough to convince Croatia coach Ante Cacic to take him to the Euros, with Lovren a notable absentee from the Veltreni’s squad.

“The door isn’t closed to him,” Cacic told the media, as per Goal, “but he has to understand that he has to be part of the team.

“If he can find a way to be one of the team members, he might get closer to the side.”

While Lovren hasn’t been picked, Barcelona wonderkid Alen Halilovic will travel, and has the chance to make his name upon a continental stage.

“He’s played very well (on loan) at Sporting Gijon,” Cacic continued, “and he deserves to be on our list.”