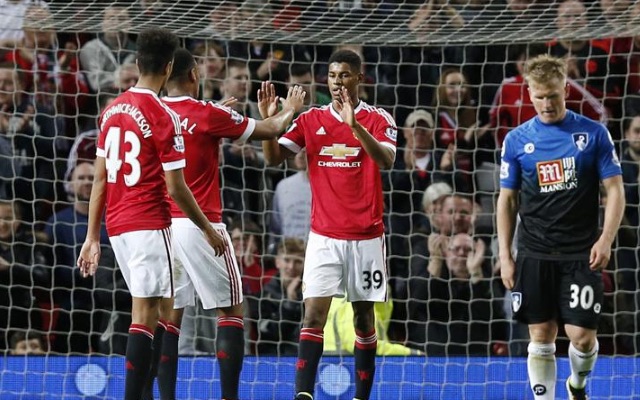 Then again, perhaps not. Because the uncapped Manchester United teenager’s form since breaking onto the first-team scene in February has been first class.

On Tuesday night, he scored again – his eighth goal in 17 senior United games – to help United to a 3-1 win over Bournemouth.

Rashford hit the net with a confident first-time shot on 74 minutes, in between successful efforts from Wayne Rooney and Ashley Young, before a Chris Smalling own goal denied David de Gea a final-day clean sheet.

Although Rashford’s place at Euro 2016 is not yet sealed, this goal – which sees his United strike-rate improve to 47% – surely strengthens his cause as he bids to avoid the cut when England boss Roy Hodgson makes 26 become 23.

Rashford’s 47% seasonal strike-rate is competitive when compared to his fellow England forwards, but he still ranks fourth of the five men in Hodgson’s plans.