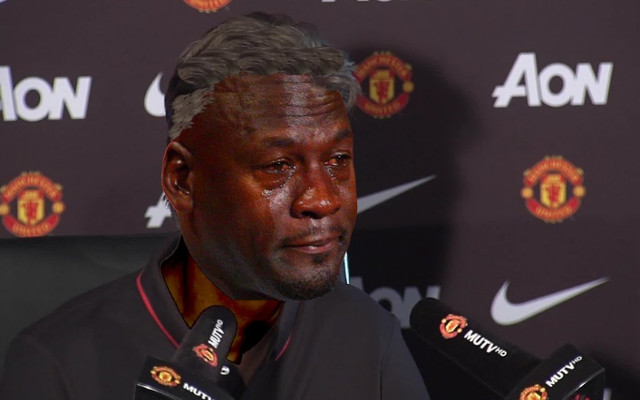 Manchester United are out of the 2016-17 Champions League after failing to finish in the top four this season.

As a result, the upcoming field for Premier League in the Champions League teams is now set. Leicester City, Tottenham Hotspur and Arsenal will represent England in the group stage while Manchester City must earn a spot via the play-off round.

Man City secured their place on Tuesday after Manchester United failed to overtake them in the final match of the season against AFC Bournemouth. The Red Devils won that game 3-1, but fell short of beating Man City on goal differential.

As a result, Manchester United will out of the Champions League for the second time in three years – and could very-well spell the end for embattled manager Louis van Gaal. The 5th-place finish for Man United earned them qualification into the 2016-17 Europa League group stage.

Going into the game, Man United needed to win by a margin of at least 19 goals in order overtake Man City on goal differential. Suffice it to say, it was a difficult ask – but one of LvG’s own making.