Chelsea officially released their new home kit earlier this month, but have yet to officially unveil their away and third kits for the upcoming season.

Luckily, FootyHeadlines released images of the new Chelsea away kit for the 2016-17 season, and the new shirt has an interesting choice of colours. While last year featured black and white, this year’s kit features black and yellow with the white being replaced almost entirely. 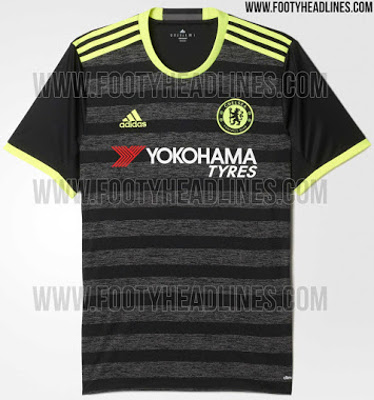 Interestingly, the new kit also features some horizontal gray stripes across the front of the shirt while the Yokohama Tyres logo retains the red and white. 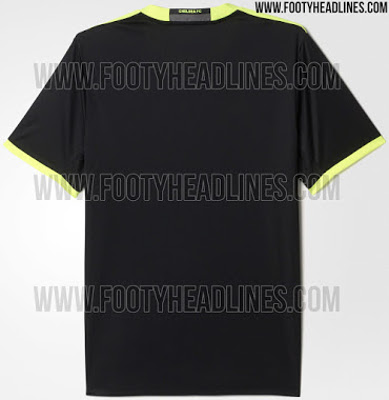 This is likely to be the last year that Chelsea field a kit manufactured by Adidas as the club has reportedly decided to part ways with the clothing outfitter at the end of this season. 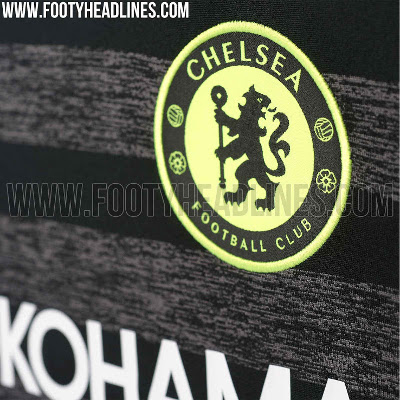 SEE MORE:
Chelsea target gives biggest indication yet that he sees future with Italian giants
Jose Mourinho will become next Manchester United boss but on one condition
Chelsea are the kind of club my player should sign for, says president of Euro heavyweights