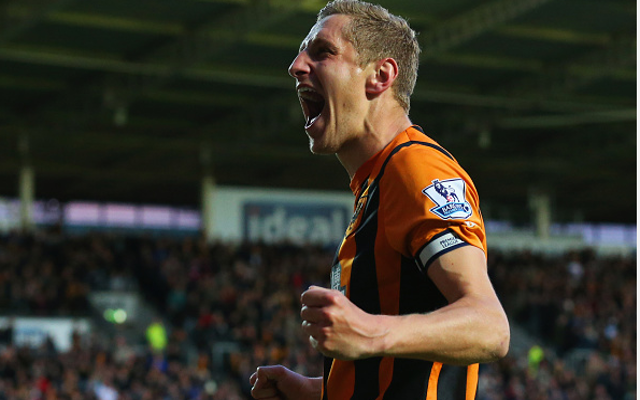 Hull City will face Sheffield Wednesday in the Championship division play-off final at the end of the month after defeating Derby County to advance.

Hull were held scoreless at home against Derby County, but had enough goals from their 3-0 thrashing several days earlier to hold on for the 3-2 win on aggregate and advance to the final.

The winner of the final will receive the third and final promotion spot into the Premier League for the 2016-17 season.

Sheffield Wednesday secured their spot in the final on Monday after topping 3rd-place Brighton & Hove Albion 3-1 on aggregate.

Burnley and Middlesbrough secured their spots in the Premier League after finishing 1st and 2nd respectively.

The loser of the match will remain in the Championship with Derby and Brighton, along with “newcomers” Aston Villa, Norwich City and Newcastle United.

Hull City were relegated last year after finishing 18th. Sheffield Wednesday, on the other hand, have not appeared in the Premier League since being relegated in 2000.