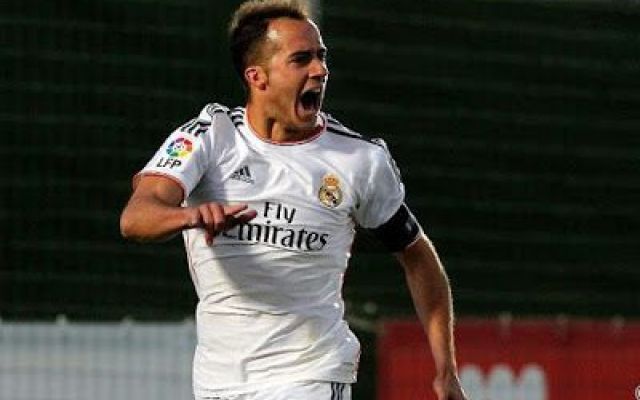 Real Madrid forward Lucas Vazquez has admitted that he is facing a battle to be fit in time for the Champions League final.

Having dumped Manchester City out at the semi-final stage, Zinedine Zidane’s Merengues have the chance to win their eleventh European Cup when the meet city rivals Atletico Madrid in the final in Milan on May 28.

They may have to do so without forward Vazquez, with the 24-year-old confirming in a recent Instagram post that he is doing everything to make it back in time.

“Working hard to be at 100% in Milan,” the attacker wrote on his @lucasvazquez91 handle.

Vazquez missed Los Blancos’ weekend fixture against Deportivo La Coruna—a win that was insufficient as Real sought to overhaul Barcelona at the top of La Liga—and hasn’t featured since a 3-2 victory over Valencia earlier in the month.

The academy product has featured 25 times in the top flight for Real this season—scoring four goals and contributing six assists.

He’s also enjoyed six outings in the Champions League, and has two assists to his name.