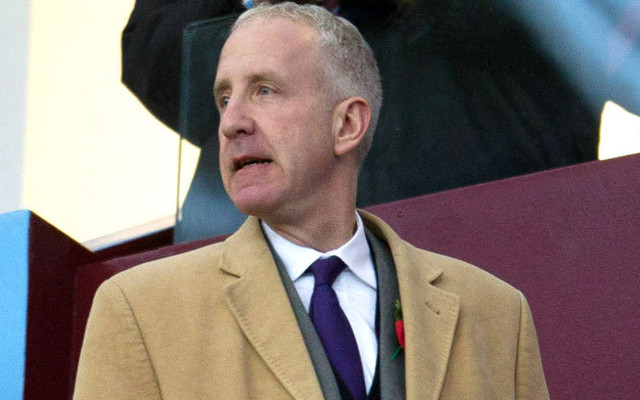 According to Sky sources, Aston Villa chairman Steve Hollis has travelled to China to complete the sale of the club, which could be done by the weekend.

Sky Sports reports that the club’s backroom staff has been briefed that it could be done ahead of next week, as Villa look to make swift changes ahead of featuring in the Championship next season.

It is also claimed that Roberto Di Matteo’s representatives have already spoken to the Chinese consortium, with the Italian emerging as their preferred choice to become manager.

Current owner Randy Lerner has come in for heavy criticism in recent years, while he has been searching for a buyer since putting the club up for sale in 2014.

With a lack of investment and presence at Villa Park, the American investor has seen protests aimed directly at him this season, and in turn the news that a possible takeover is imminent will be welcome news for the supporters.

Furthermore, the fact that the consortium already have a manager in mind and are seemingly likely to make a swift appointment will also ensure that Villa move quickly to prepare for life in the second tier as they look to make an immediate return to the Premier League.

With so much uncertainty hanging over the club from top to bottom, it was always going to be essential for them to secure new owners as quickly as possible after their disastrous season had finished, which in turn would set other things in motion.

Villa will need to be active in the summer transfer market in order to strengthen their squad and offload players that no longer feature in the future plans, and if Di Matteo is the man to take over from Eric Black, then Villa fans will be hoping that he can replicate the success that he enjoyed at both West Bromwich Albion and Chelsea respectively.