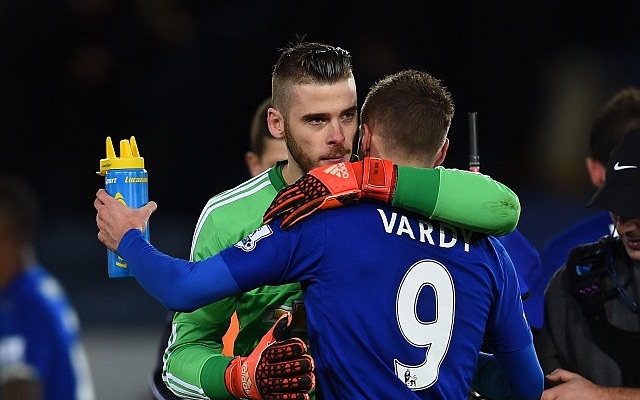 The 2015-16 Premier League season reached its climax more than 48 hours after schedule on Tuesday night as Manchester United won their originally-abandoned fixture with Bournemouth 3-1.

With the crazy campaign now over, we look at the final Premier League Team of the Year, as selected by those stats-obsessed lot from WhoScored.com.

When the PFA Team of the Year was named a month ago, goalkeeper David de Gea was Man United’s sole representative.

However, the Spanish stopper does not get into this team – nor do any of his teammates – as Watford’s Heurelho Gomes ends the season as the keeper with the highest average WhoScored match rating.

It is easier for busier goalkeepers to build a high rating, which is likely a key factor in Gomes (7.07) scoring better than his Old Trafford counterpart (6.66).

Gomes made 120 saves all season – 39 more than De Gea, who is way down in 23rd on WhoScored’s numbers-based list of 2015-16 Premier League goalkeepers.

In fact, Gomes is only third on the list, but the two stoppers ahead of him – Karl Darlow (7.08) of Newcastle United and Arsenal back-up David Ospina (7.11) – have not played enough games to be eligible for a place in the team you see below you.

As you will witness, Arsenal are well represented, despite Ospina’s absence.

Another thing you will notice is that WhoScored’s statsbots don’t care much for traditional strikers, with Mesut Ozil and West Ham United playmaker Dimitri Payet featuring up top in an unusual 4-4-2!

Below ratings have been rounded up/down to one decimal point.