Carragher could get his wish this summer when Jurgen Klopp enters the transfer market. CaughtOffside has identified five players who could replace the Spaniard…

The Cologne defender is probably the left-back who has been most heavily tipped for Anfield in recent months. The Express reported in March that he could be available for as little as £12m.

Klopp will know the 25-year-old well from his time in the Bundesliga. Hector is a much more reliable defender than Moreno, and has been a Germany regular since the 2014 World Cup.

The England international could be looking for a new club this summer after losing his place at Arsenal to Nacho Monreal. He started only three Premier League games throughout last term.

Gibbs would not sell season tickets for Liverpool, but is a very safe pair of hands and that might be exactly what they need after two chaotic and defensively negligent years of Moreno. 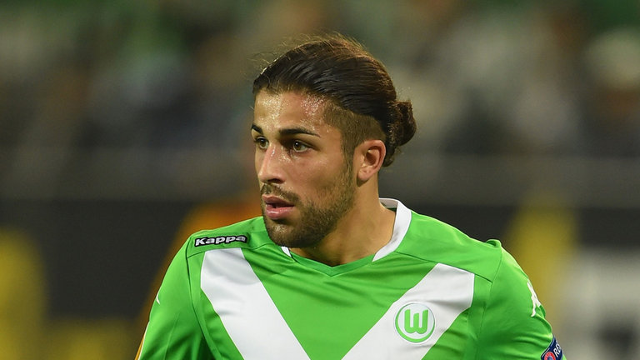 According to The Daily Mail, Liverpool explored the possibility of signing the Wolfsburg star before recruiting Moreno in 2014. They may wish now that they could turn back the clock.

The Switzerland international has been a very consistent performer in the Bundesliga and Champions League for several seasons, and therefore may be the most expensive of these options.

Liverpool’s transfer policy; if in doubt, turn to Southampton. Four players have switched St Mary’s for Anfield in the last two years, and the Reds should consider making Bertrand number five.

The ex-Chelsea youngster has arguably been the best left-back in the Premier League over the past two seasons, getting into the England squad. Southampton will be determined to keep him.

Maybe the solution is already at Anfield? Not Brad Smith, who is developing nicely but is not ready to be a regular, and not Joe Gomez, whose very promising future lies in the centre of defence.

Jon Flanagan was Liverpool’s left-back as they came within a whisker of winning the title in 2013-14. He has had horrible luck with injuries since, but is a Kop hero and probably deserves his chance.