Alex Oxlade-Chamberlain has not had much reason to be cheerful this season.

The 22-year-old didn’t get much of a kick at Arsenal, starting only nine Premier League games, and then picked up a knee injury in February which ruled him out of Euro 2016 with England.

But the midfielder was sporting a wide grin as he visited former club Southampton to support Kelvin Davis at the veteran goalkeeper’s testimonial at St Mary’s Stadium on Wednesday. 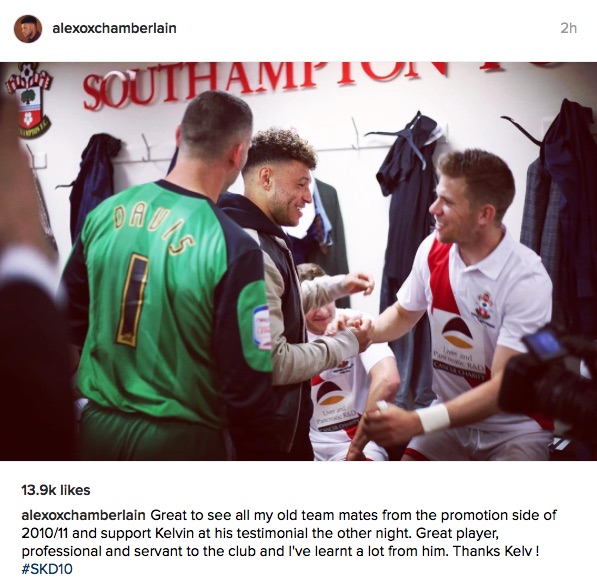 According to a report in The Mirror last month, Oxlade-Chamberlain could end up back at Southampton permanently this summer because he is Ronald Koeman’s top transfer target.

If it puts a smile back on his face, we would recommend it. Smiles > trophies.