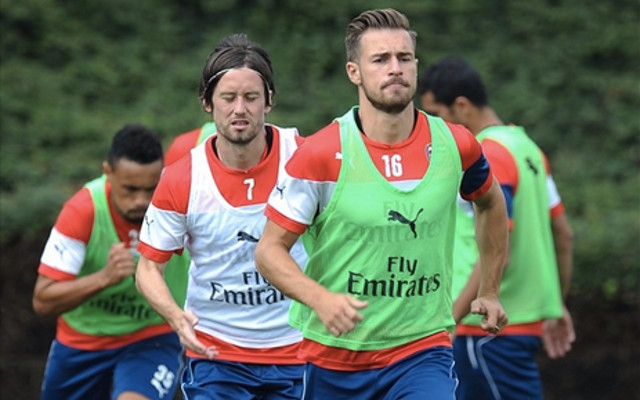 Despite playing only 19 minutes for Arsenal this season, Tomas Rosicky looks set to feature for the Czech Republic at the European Championships this summer.

Speaking to the media—as per FourFourTwo—the Czech coach Pavel Vrba has insisted that, having seen the veteran midfielder in training, he’s confident he can put his injury woes behind him in time for Euro 2016.

“I was in England three weeks ago to see how Tomas was for myself. I went back satisfied, I saw that Tomas handed the whole match and had no break,” Vrba told journalists.

“Even now, after two days of being in the training camp, he handles everything without any relief. I see no reason why he should not be ready for the European Championship.”

The news may confuse one or two Arsenal fans, who have had only fleeting glimpses of the 35-year-old this season.

Rosicky has long battled fitness concerns—making just eight league starts in the 2010-11 season and seven in the 2012-13 campaign.

This season has been much worse for the former Borussia Dortmund man, who failed to make a single league appearance for the Gunners this term.

The veteran has struggled with muscle injuries during the campaign, but he represented the north London heavyweights’ U-21 side in Spring, and could play a key role as an experienced head in Vrba’s Czech squad.

However, having named a provisional 28-man squad, Vrba is potentially leaving Rosicky time to prove his fitness, and could yet axe the playmaker if he relapses.