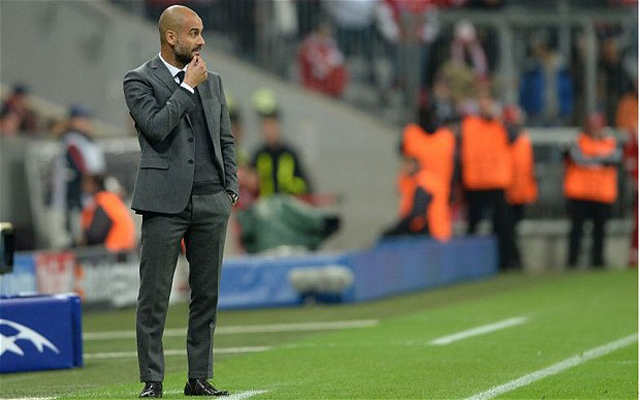 Incoming Man City manager Pep Guardiola has a habit of joining teams that already have plenty of super-star-power when he walks in, and he plans to make sure the Citizens are built similarly. To that end he has an ambitious plan to plunder the Premier League ranks for a trio of superstars to bring a title – or several – to the club.

According to the Metro via The Sun, Guardiola wants to bring in Everton defender John Stones, Tottenham Hotspur defender Danny Rose and Arsenal striker Alexis Sanchez to the Etihad when he takes over the club.

Guardiola recruited Sanchez to Barcelona out of Udinesse in 2011 and coached the Chilean striker to a then-career-high 15 goals in all competitions en route to a Copa Del Ray title.

Rose and Stones are two of the highest-rated defenders in English football, with Rose earning a PFA Team of the Year nod this year and Stones earning looks from across Europe for his defensive skill.