Borussia Monchengladbach midfielder Granit Xhaka appears to have dropped a huge hint that he is Arsenal bound with his latest Instagram activity.

According to The Independent, the Swiss international flew to London on Friday and is closing in on a move to the Emirates for between £20m and £30m.

One Gunners fan has jumped the gun and got Xhaka’s name printed on the back of an Arsenal shirt, but the 23-year-old has given him reason to be confident.

Instagram user aastrit12 uploaded a picture of him in his brave new purchase, and Xhaka liked the post to possibly confirm his imminent move to Arsenal. 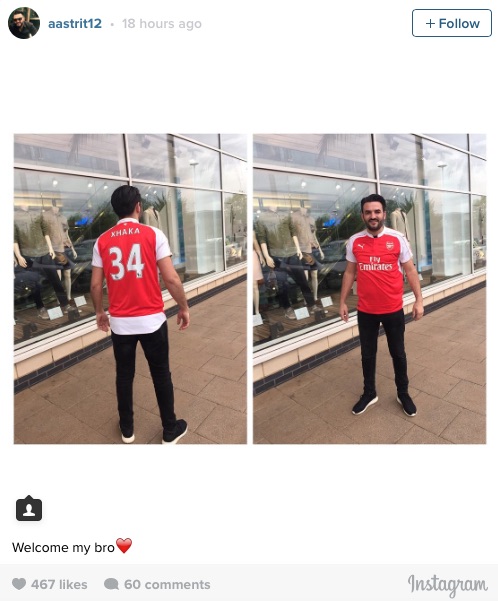 Xhaka is an aggressive but gifted midfielder with a great pedigree for a player of his age. He has featured 140 times for Gladbach and won 40 caps for his country.

He recently admitted, in quotes published by The Sun, that his future will be decided before Euro 2016. Arsenal is looking a more likely destination by the day.