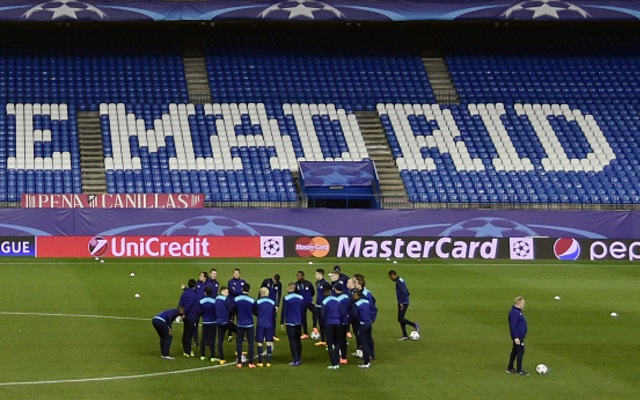 Atletico Madrid have shared a video of their squad being shown around the club’s new stadium—the Nuevo Estadio Altetico de Madrid.

The clip, as shared on the club’s @Atleti Twitter handle, shows the Rojiblancos’ squad drive to the stadium in a bus, before being shown around the innards of the ground.

They are then taken to the pitch where—wearing white hard hats—the club’s players are taken around the area which will soon be covered in turf.

The stadium—which will have a capacity of 70,000—is scheduled to open in 2017, although there are still doubts about whether the construction will be completed in time for the deadline.